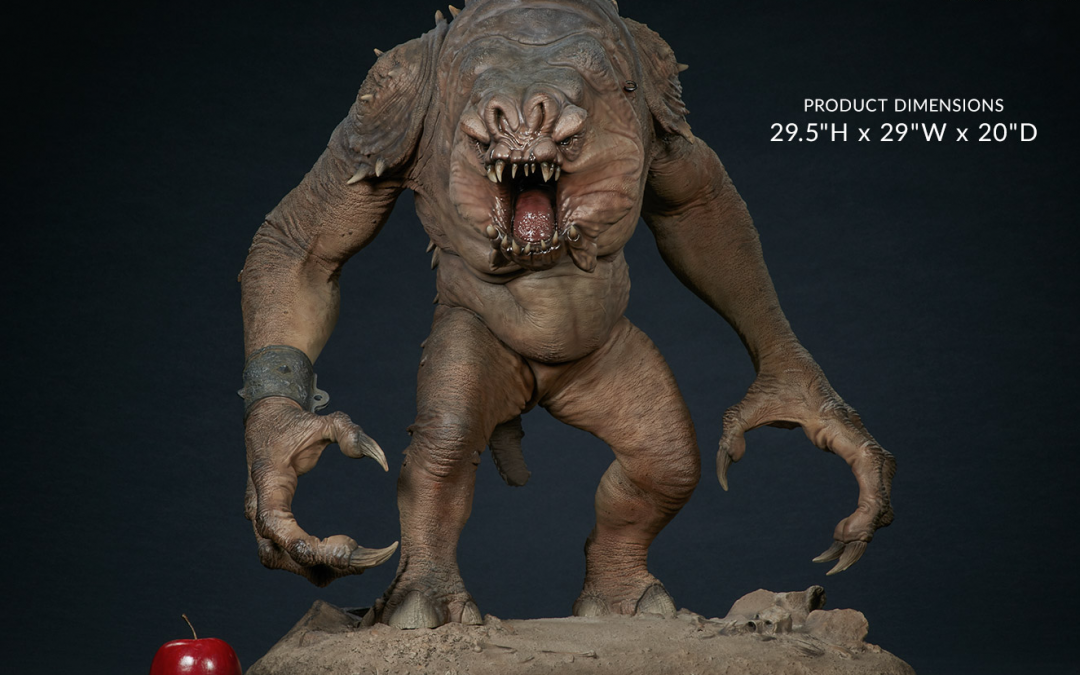 The Rancor Statue measures just over 29” tall and 29” wide as the monstrous reptilian towers over the torturous pit of Jabba the Hutt’s palace.

The rocky earth of its dreaded cavern contains the remains of its victims, including one unfortunate Gamorrean Guard.

The fiberglass and resin Rancor Statue embodies the terrifying presence of the savage, salivating beast in an incredibly detailed collectible format.

From its hulking shoulders to its oversized arms, the Rancor’s rough skin is covered with intricate scales, scars, muscles, and spines, introducing unique lifelike textures to give fans a new perspective on its iconic onscreen appearance.

The Rancor has a chain clamp on its right wrist, and its clawed hands are ready to grab whoever Jabba throws into its pit next.

The creature’s snout has a wet appearance to emulate the drool dangling from its mouth during its suspenseful fight with Luke Skywalker in Star Wars: Return of the Jedi. Roaring and revealing its dangerous teeth, the Rancor Statue makes a magnificent addition to any gangster’s palace or Star Wars display.

Every palace needs a pit beast- wrangle the Rancor Statue into your Star Wars collection today! 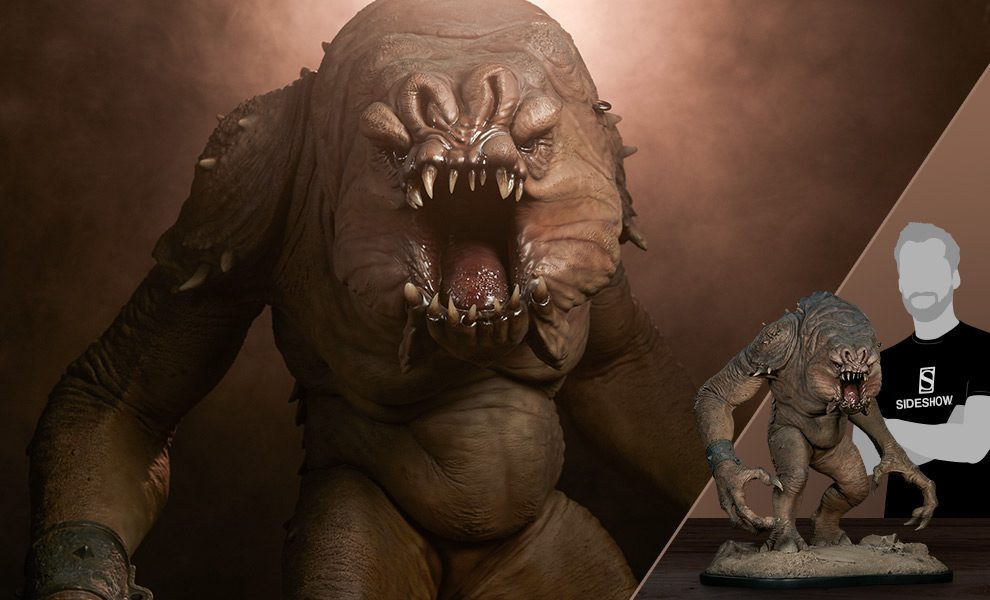 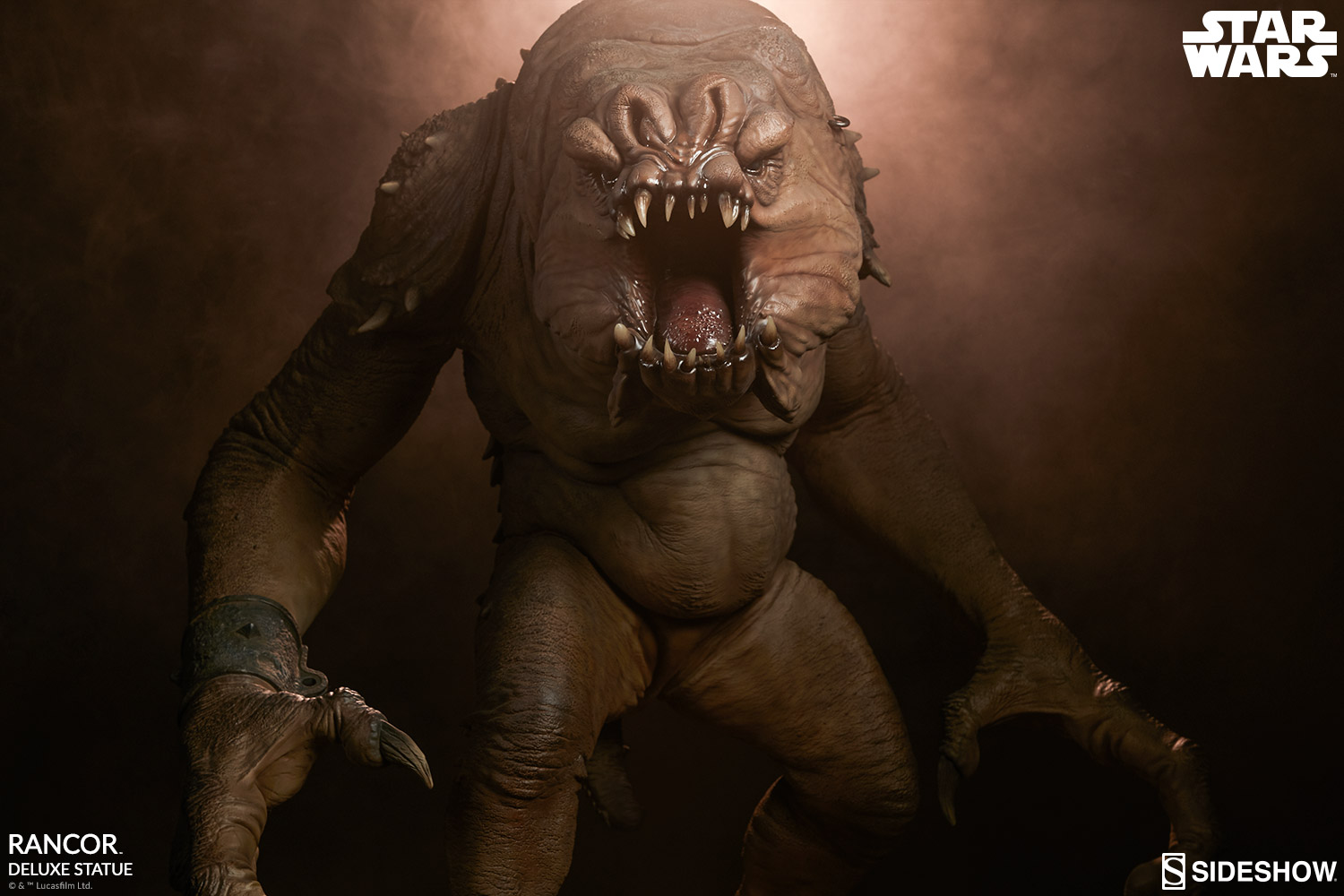 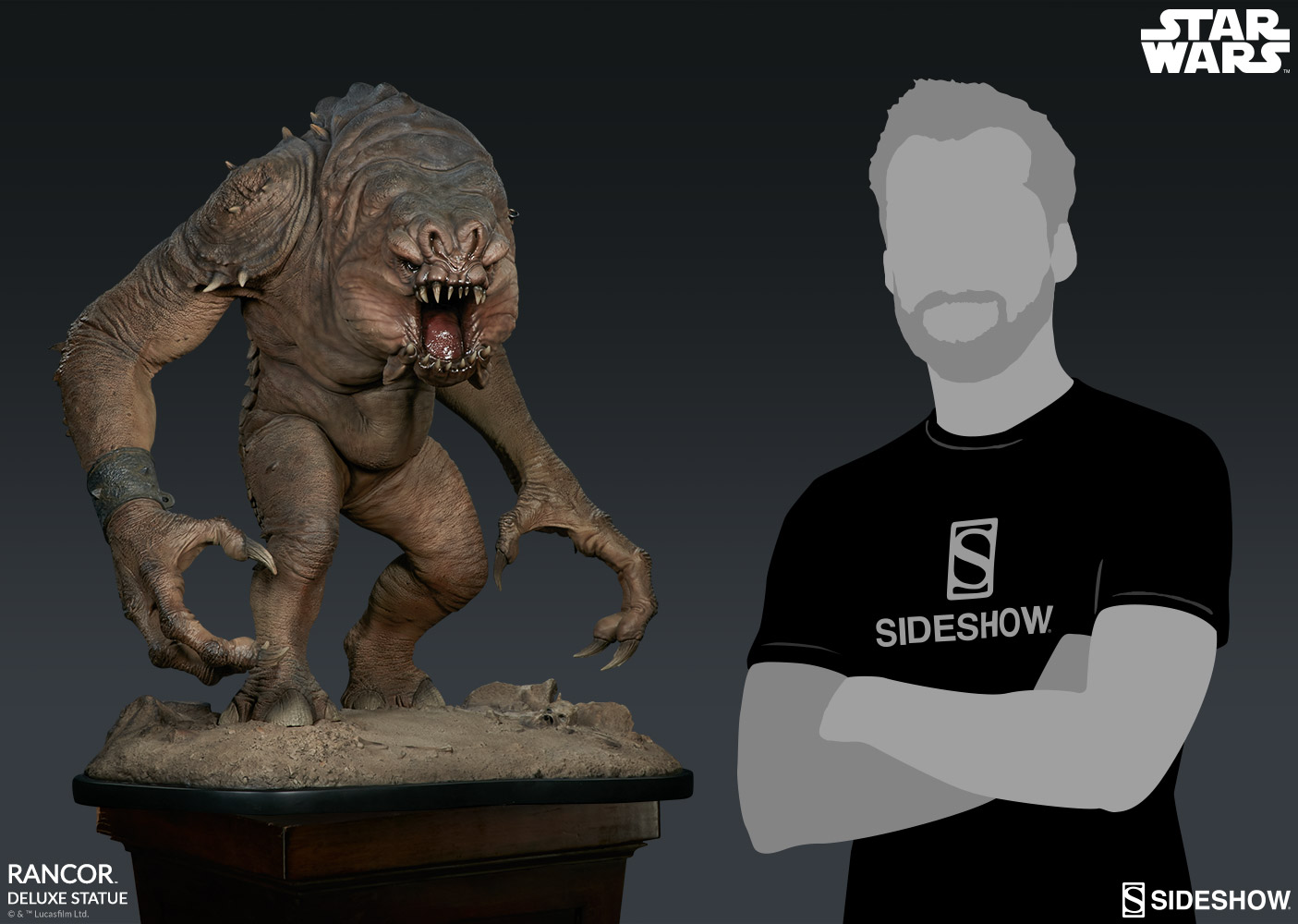 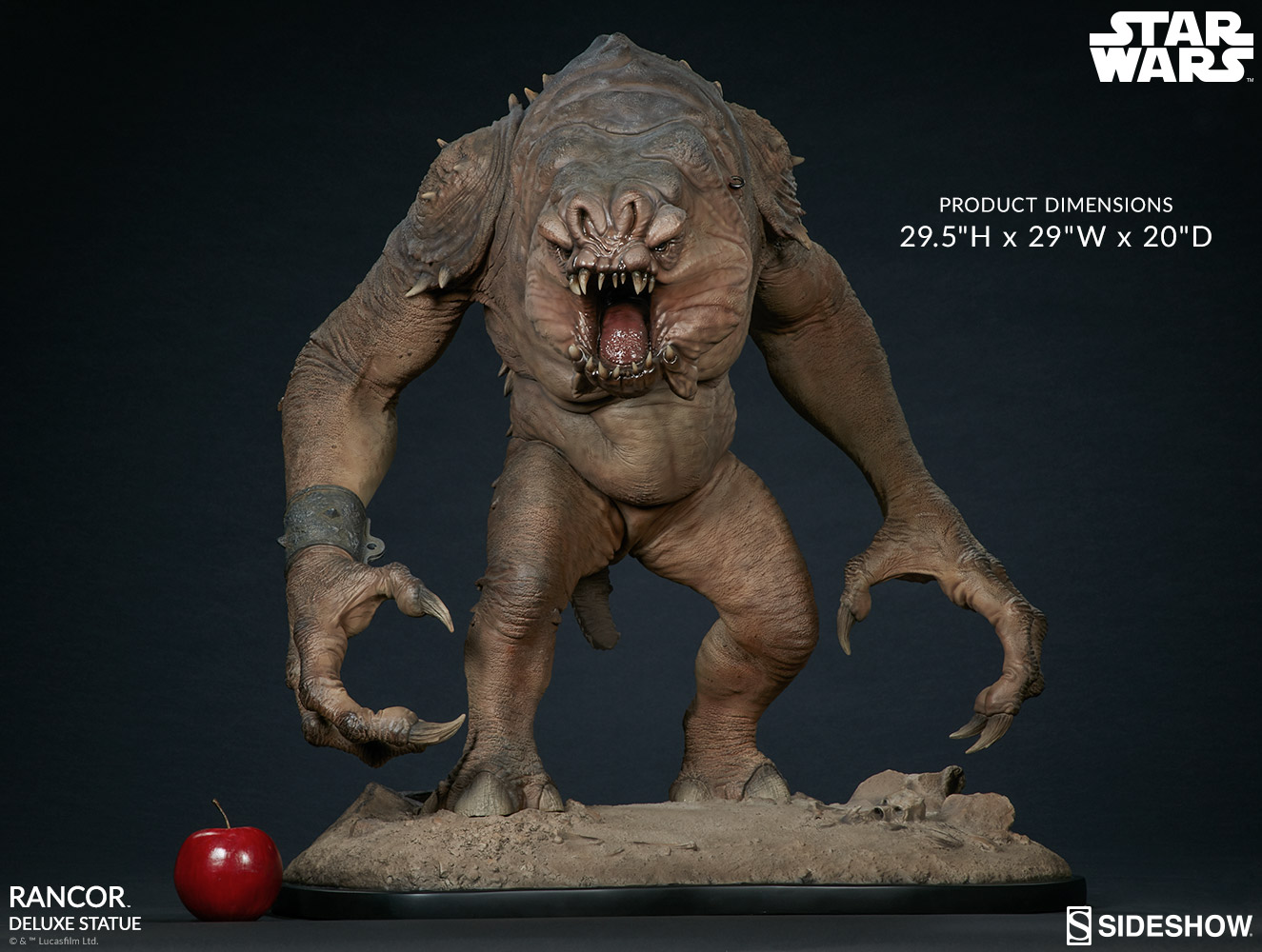 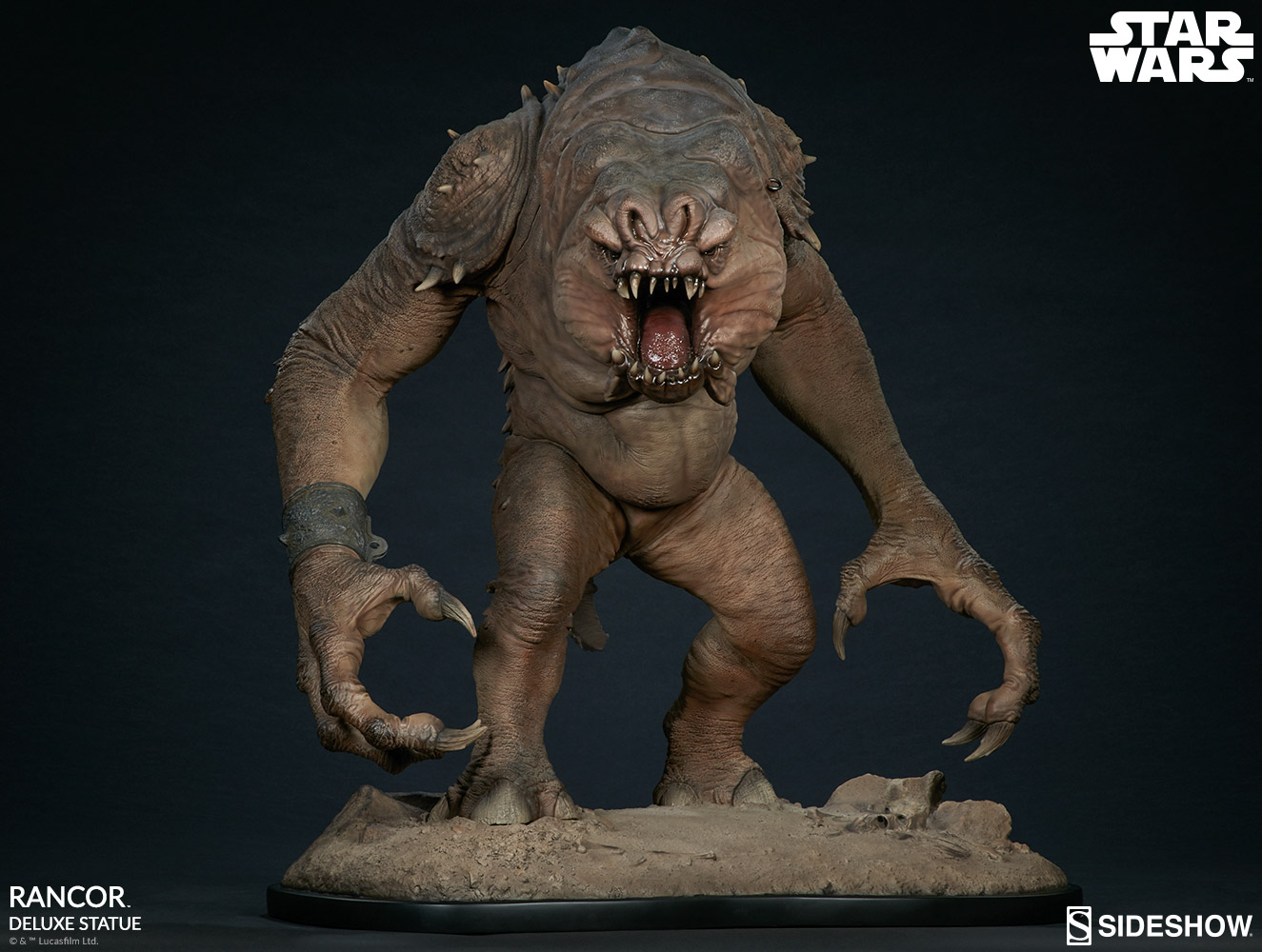 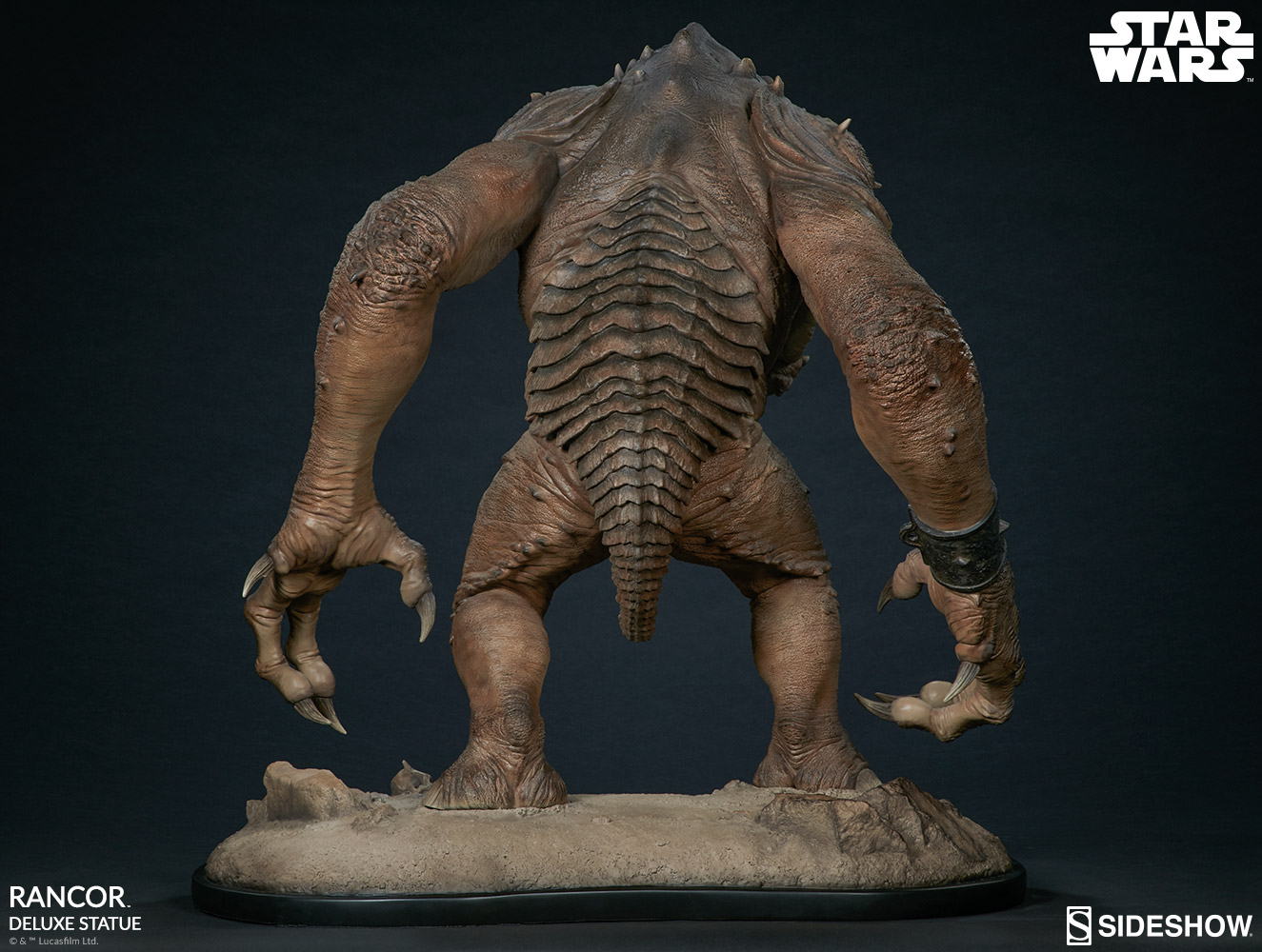