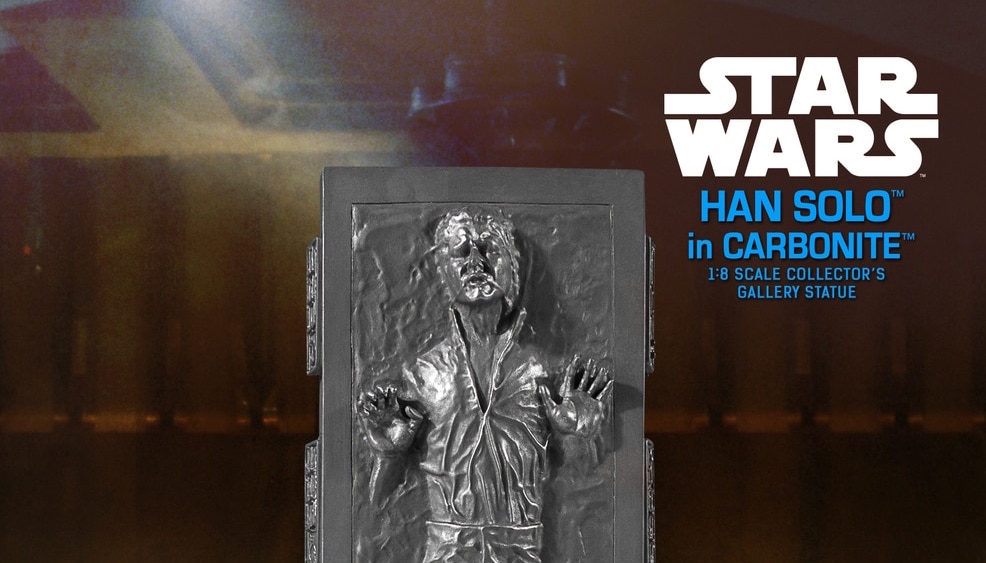 Gentlegiantltd.com has begun a pre-order for a brand new collector’s gallery statue of Han Solo in carbonite from the film The Empire Strikes Back! This statue costs $160 and is expected to ship during the Q2 of 2019.

Carbon-freezing is an industrial process that encases highly pressurized gasses inside of solidified carbonite.

In Cloud City Darth Vader sets a trap for young Luke Skywalker to be frozen and tests the process on his prisoner Han Solo. The smuggler turned hero survived the freezing process, in perfect hibernation, and Vader hands captain Solo over to the bounty hunter Boba Fett to take back to the gangster Jabba The Hutt.

Han Solo In Carbonite is the seventh statue in Bounty Hunter 1:8th Collector’s Gallery line celebrating over 40 years of the Star Wars universe.

This accurate sculpture comes from scans of the actual carbonite block prop for the ultimate attention to detail.

The Han Solo’s frozen, pained expression is perfectly captured in this carbonite block, with a base that matches the alcove where the frozen Han Solo hung as a prized possession in the Mighty Jabba’s palace.

Bring Han home and he can be a prize in your collection too. Pre-Order now to complete your 1:8th scale bounty hunter collection, have as a stand-alone piece or make sure your Boba Fett collector’s gallery statue is not lonely.

This statue comes individually numbered with a matching Certificate of Authenticity. 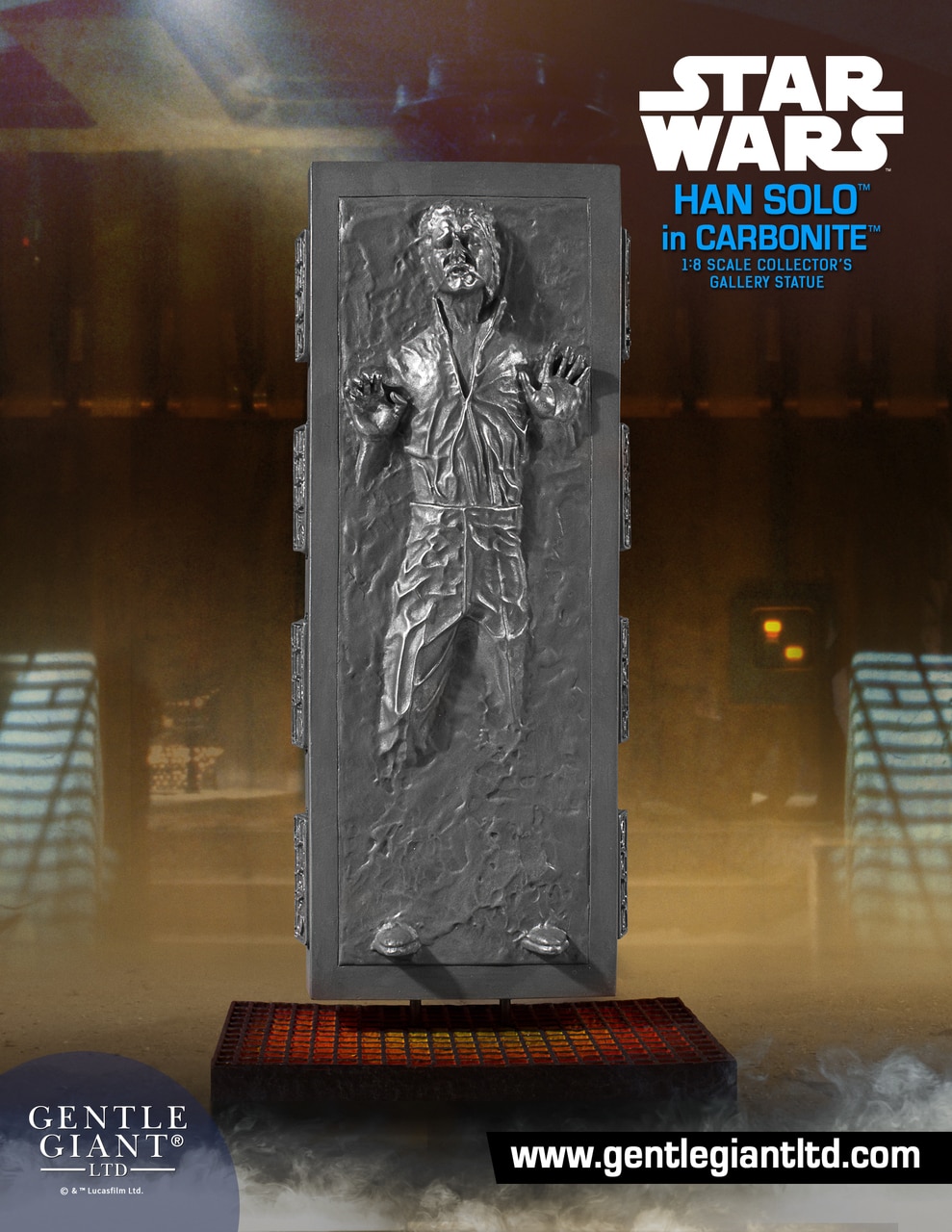 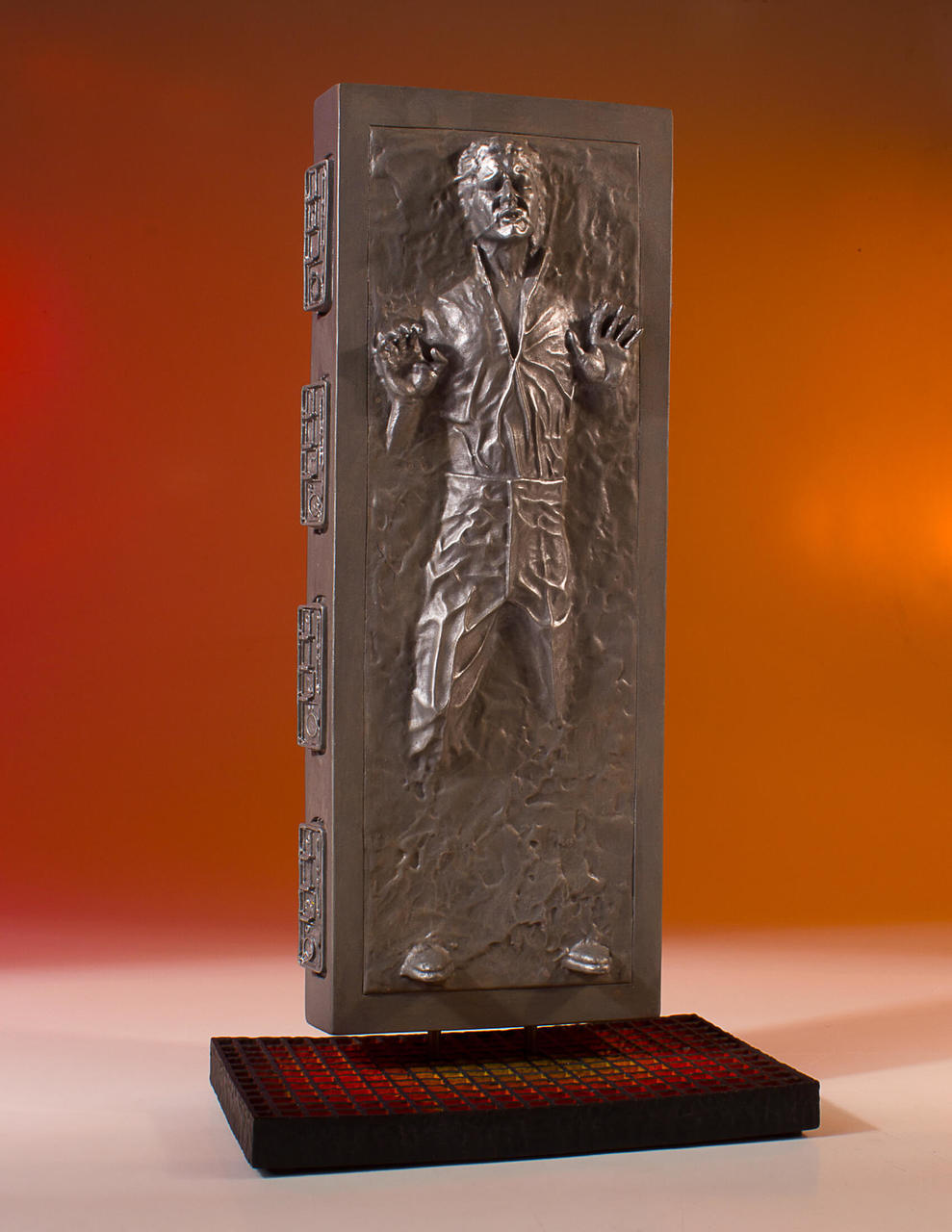 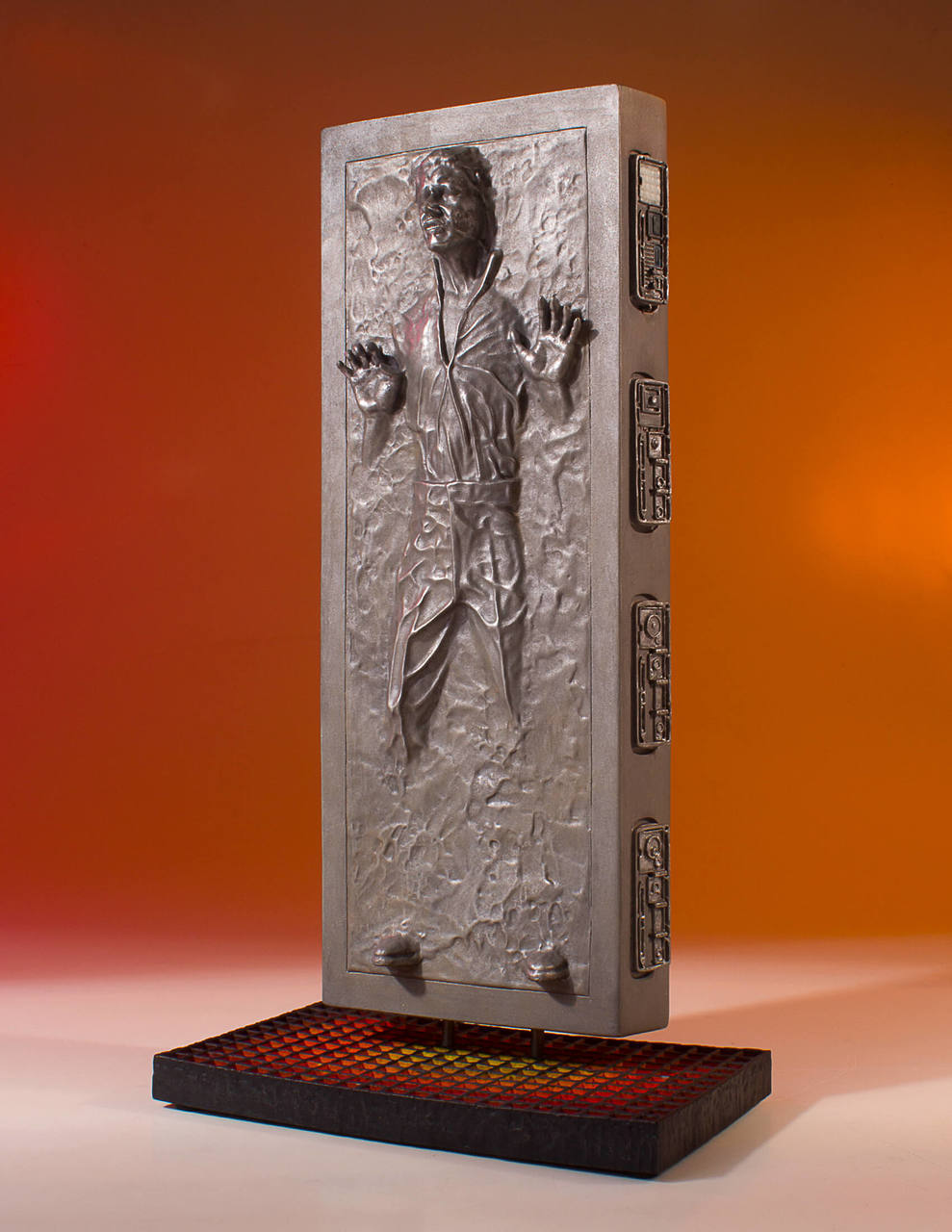 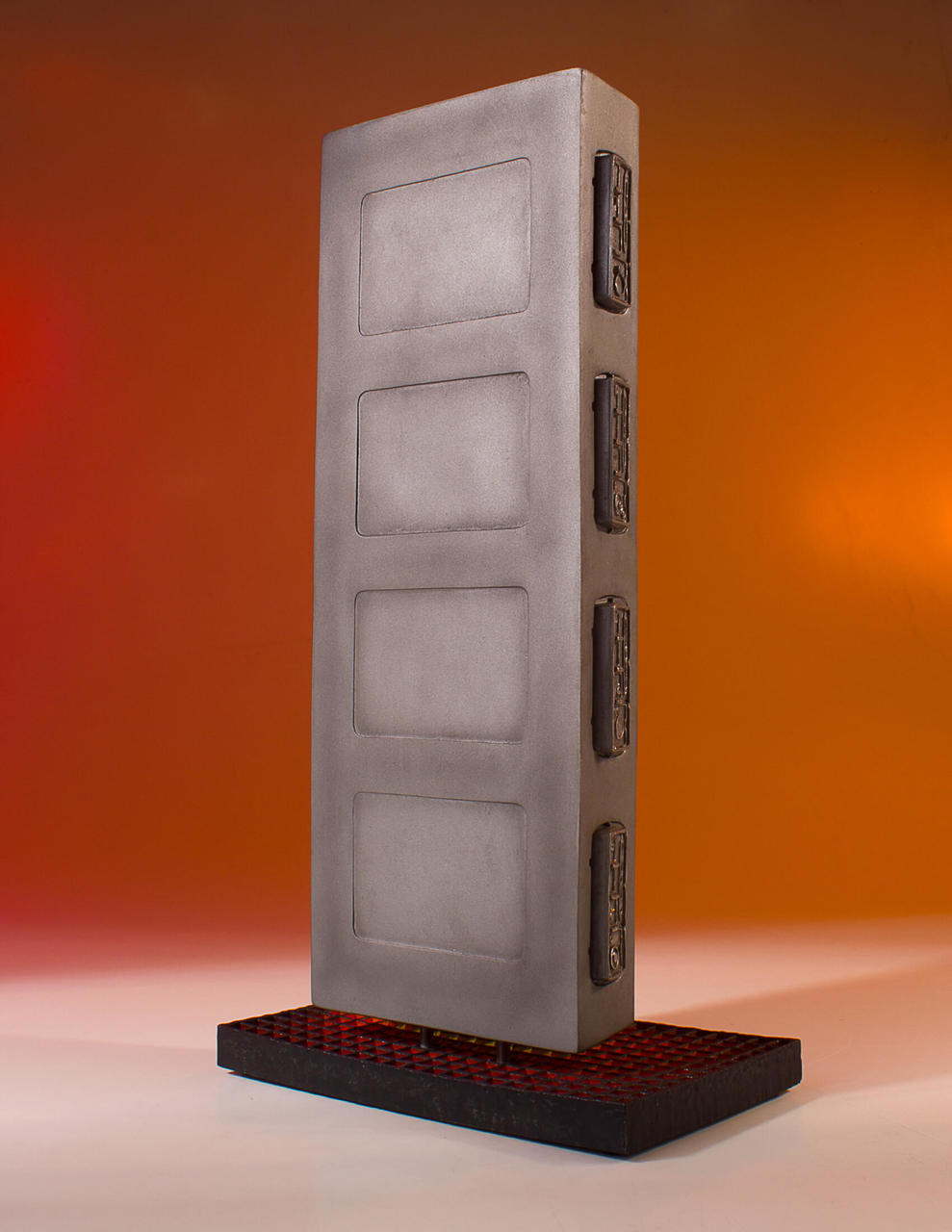