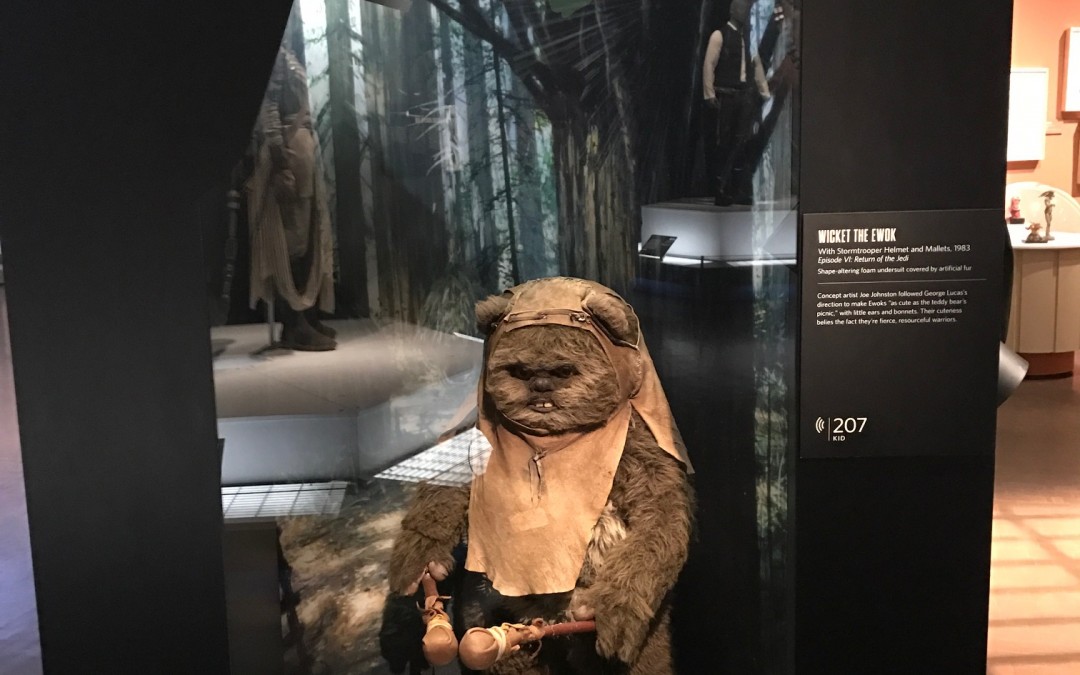 For the next costume spotlight I’ve chosen everyone’s fan favorite furry teddy bear friend from Return of the Jedi, Wicket the Ewok!

If you remember, Wicket was the one who helped Princess Leia when she was about to be taken into custody by a couple of Imperial Bikerscouts. After he helped her out, Wicket then took Leia to his village so that his people could protect her.

When hearing C-3PO’s story about the Rebellion and Empire, Wicket and his tribe agreed to help the Rebellion locate the shield generator so they can destroy it. The tribe also helped defeat all of the Empire’s Imperial forces and then had a big celebration of victory.

Before we go onto the costume here’s a small model of the primitive hang glider the Ewoks created: 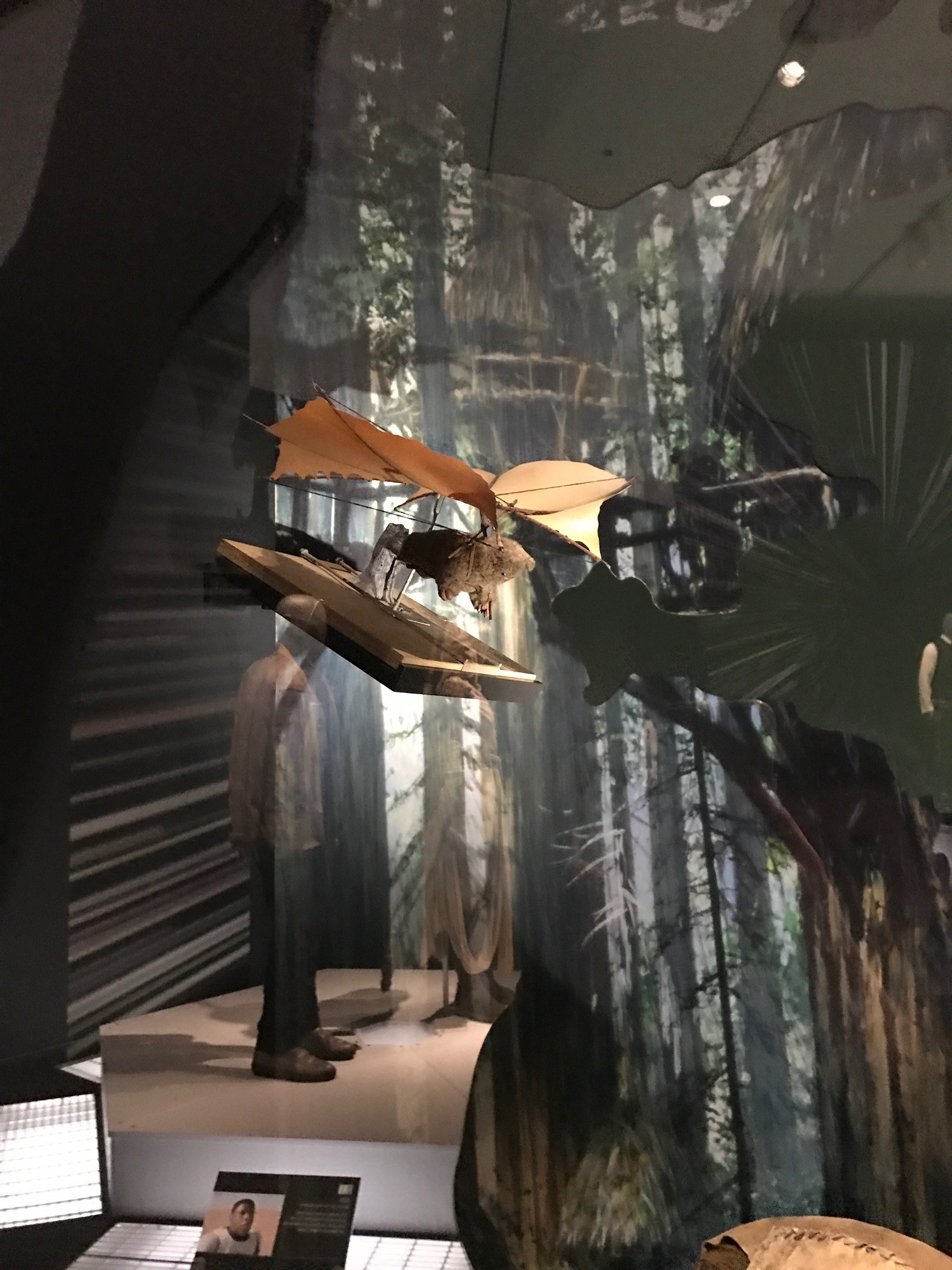 Here’s the full Wicket the Ewok costume from Return of the Jedi: 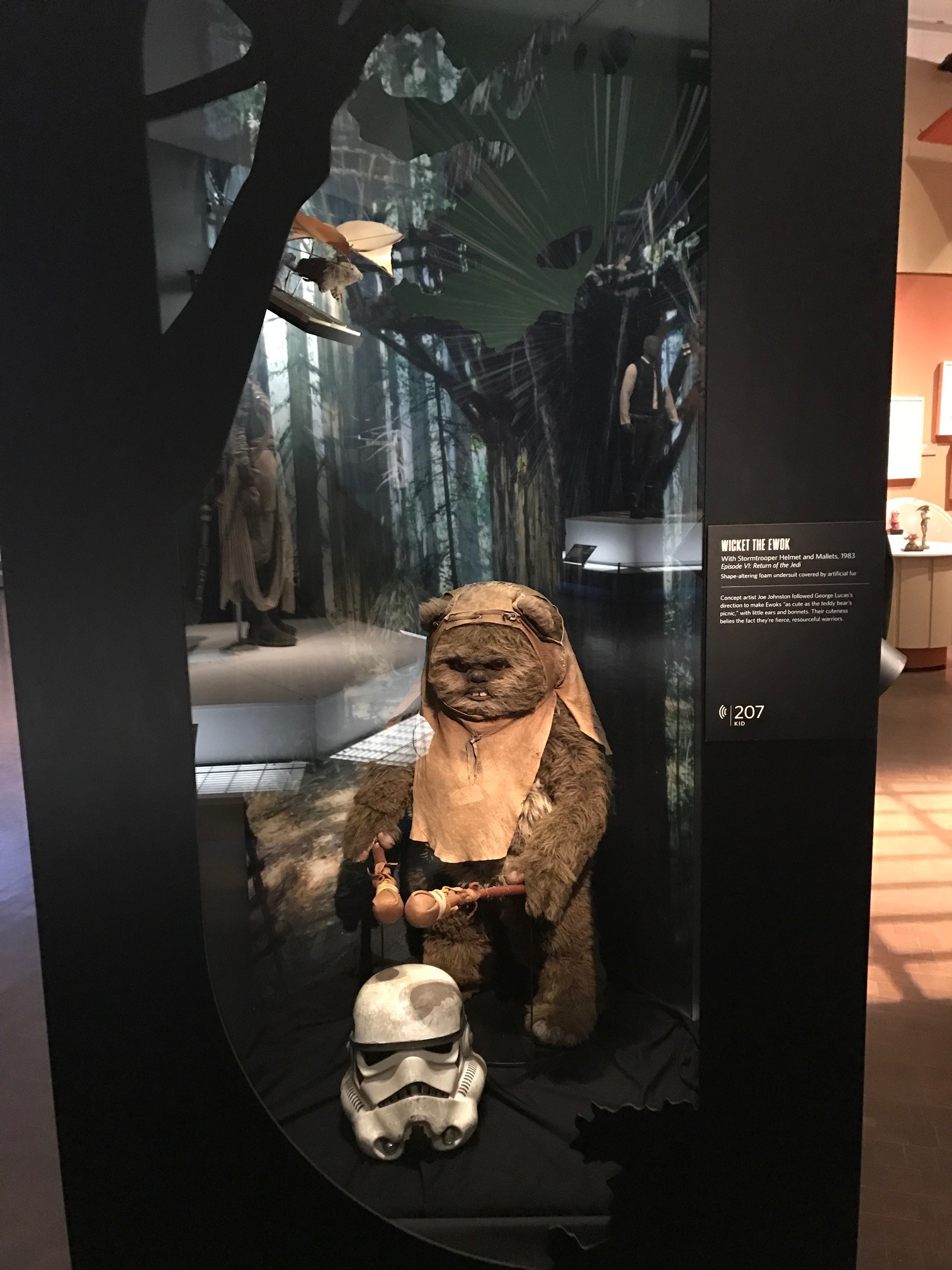 In this close up you can see that the hood is a bit old like worn leather. The Stormtrooper helmet is dirty and scratched up. Plus some of the paint has been chipped off: 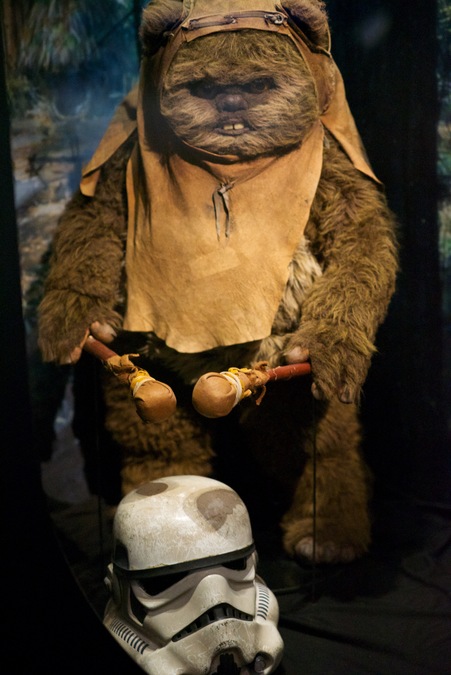