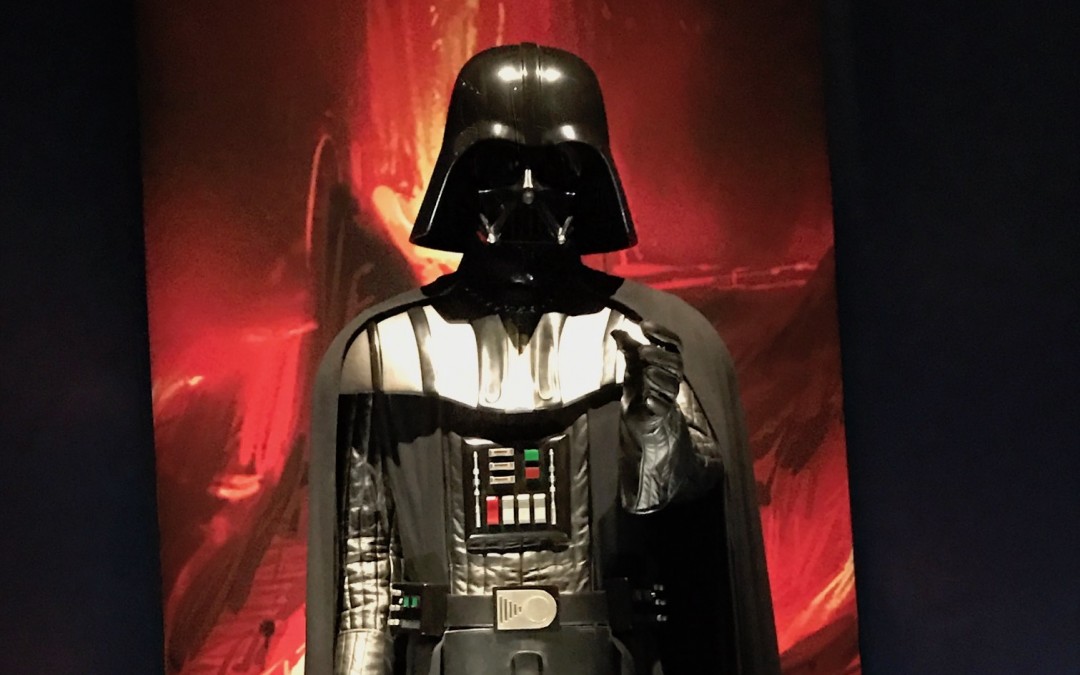 Even though Vader did appear in Revenge of the Sith, I grouped him with Luke because they did appear together in A New Hope, The Empire Strikes Back, and Return of the Jedi.

Before we go on to the costumes here are some composite sketches of Vader:

This is a process plate sketch: This sketch shows some prototype drawings of Vader: 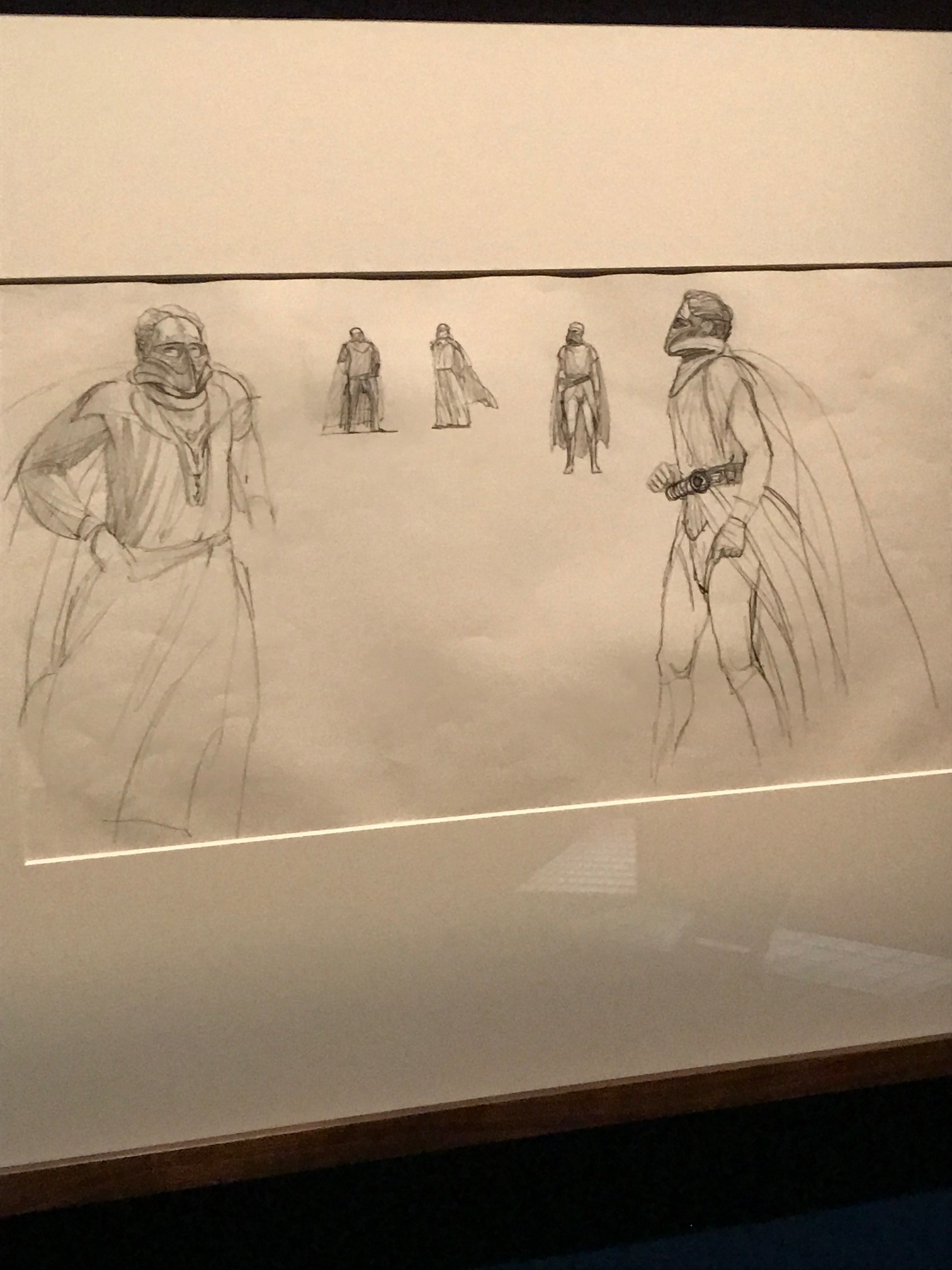 This is a prototype sketch with many elements that were in the final design: 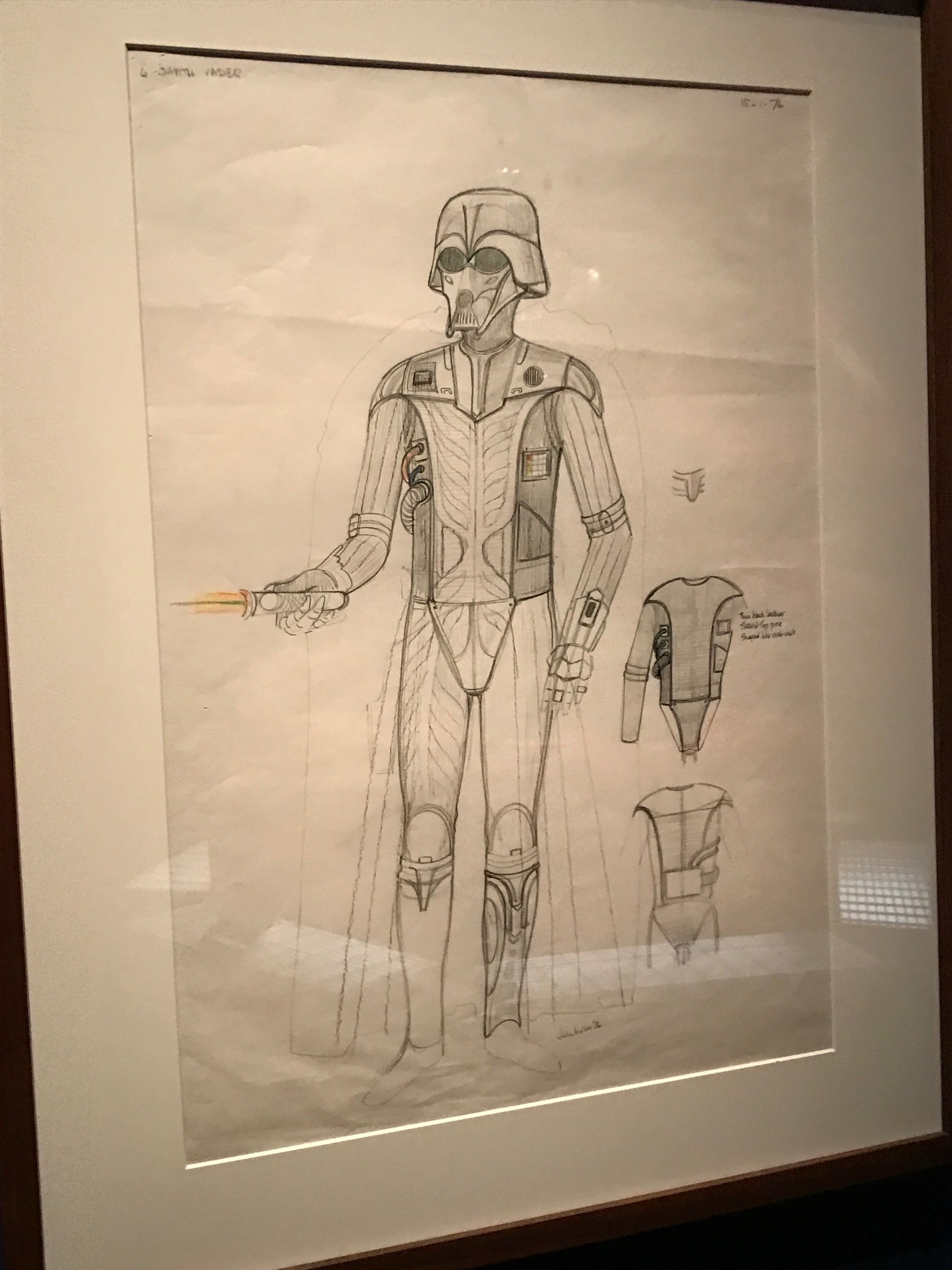 This is a sketch of the Vader and Luke’s Lightsaber Duel on The Cloud City: Here’s a sketch of the inside of Vader’s helmet: 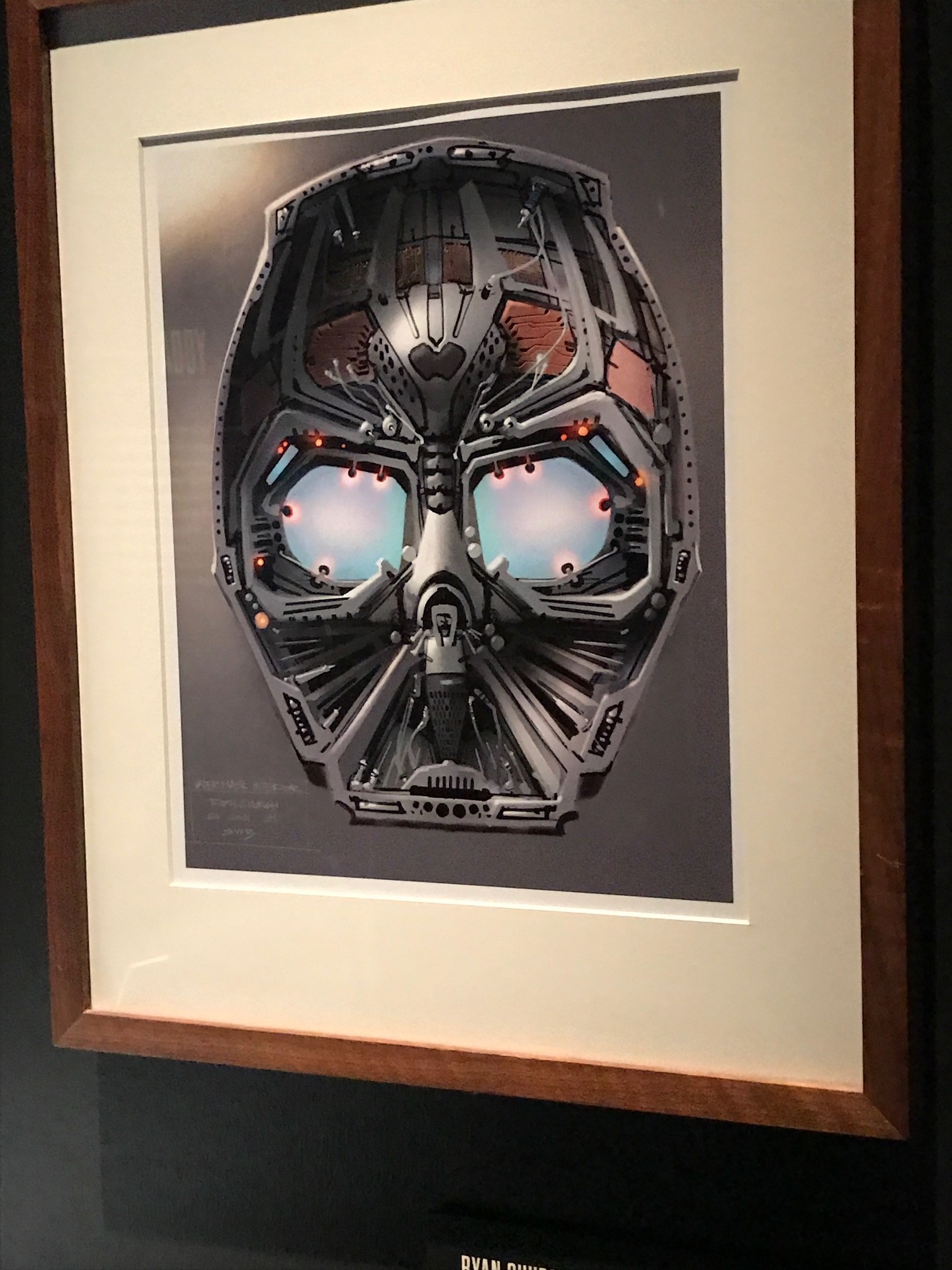 In this close up of the helmet you can see some of the paint of the four head is coming off: In this close up of the inside of the helmet you see how they where trying to make the helmet as comfortable as they could for the actors: Here are some pictures of instructions of how the dressers of Christen Hayden dressed as Vader: 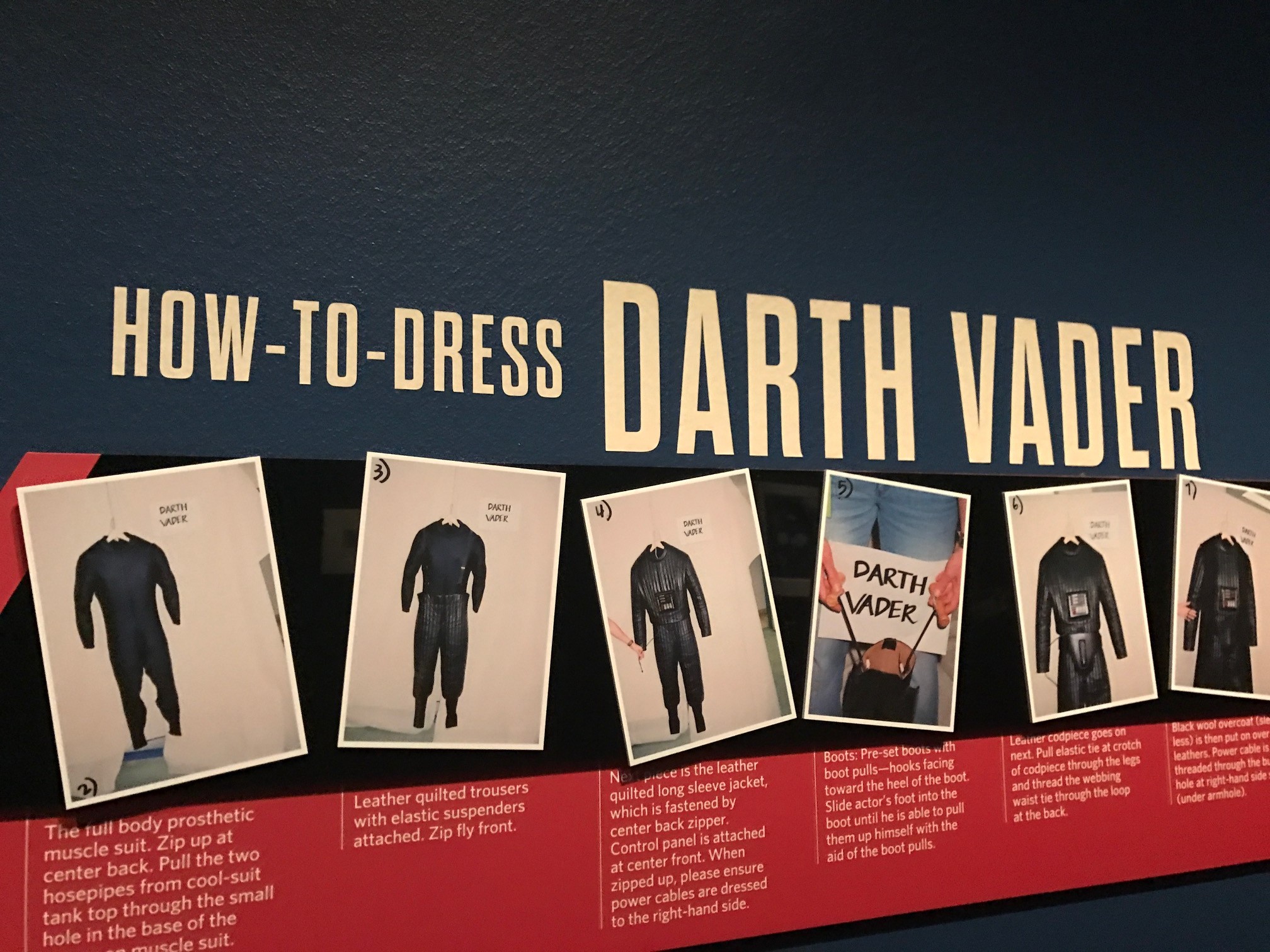 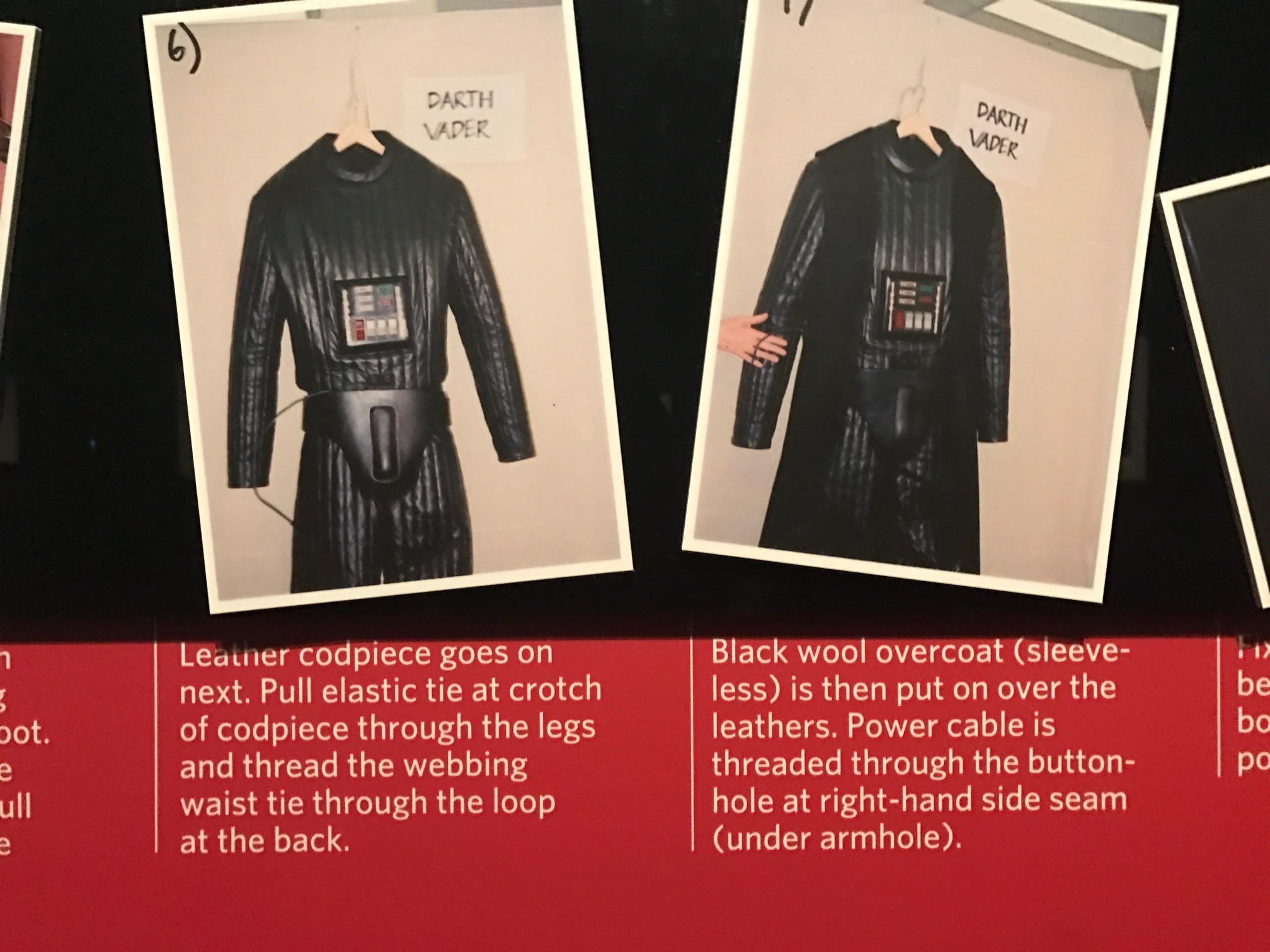 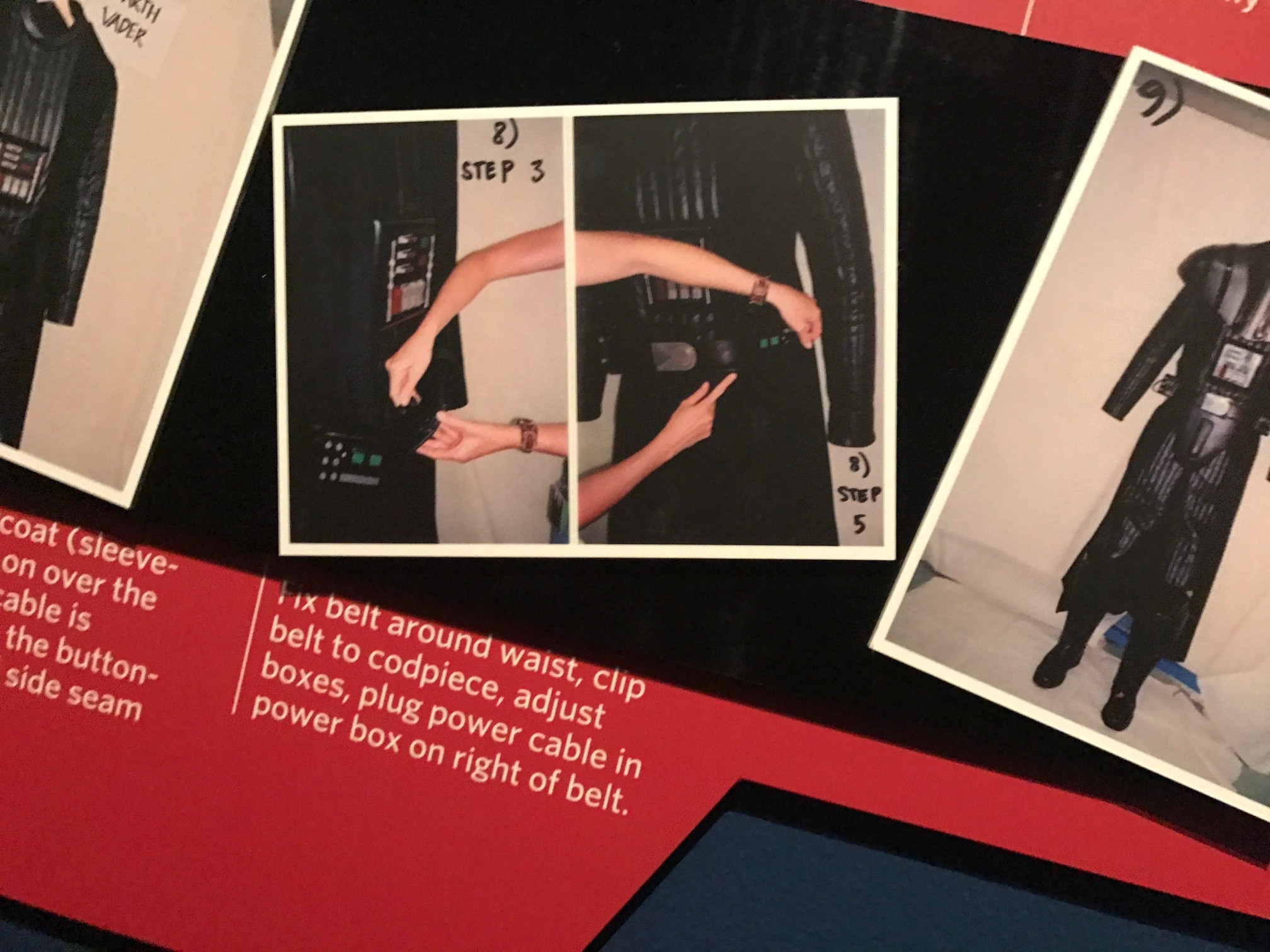 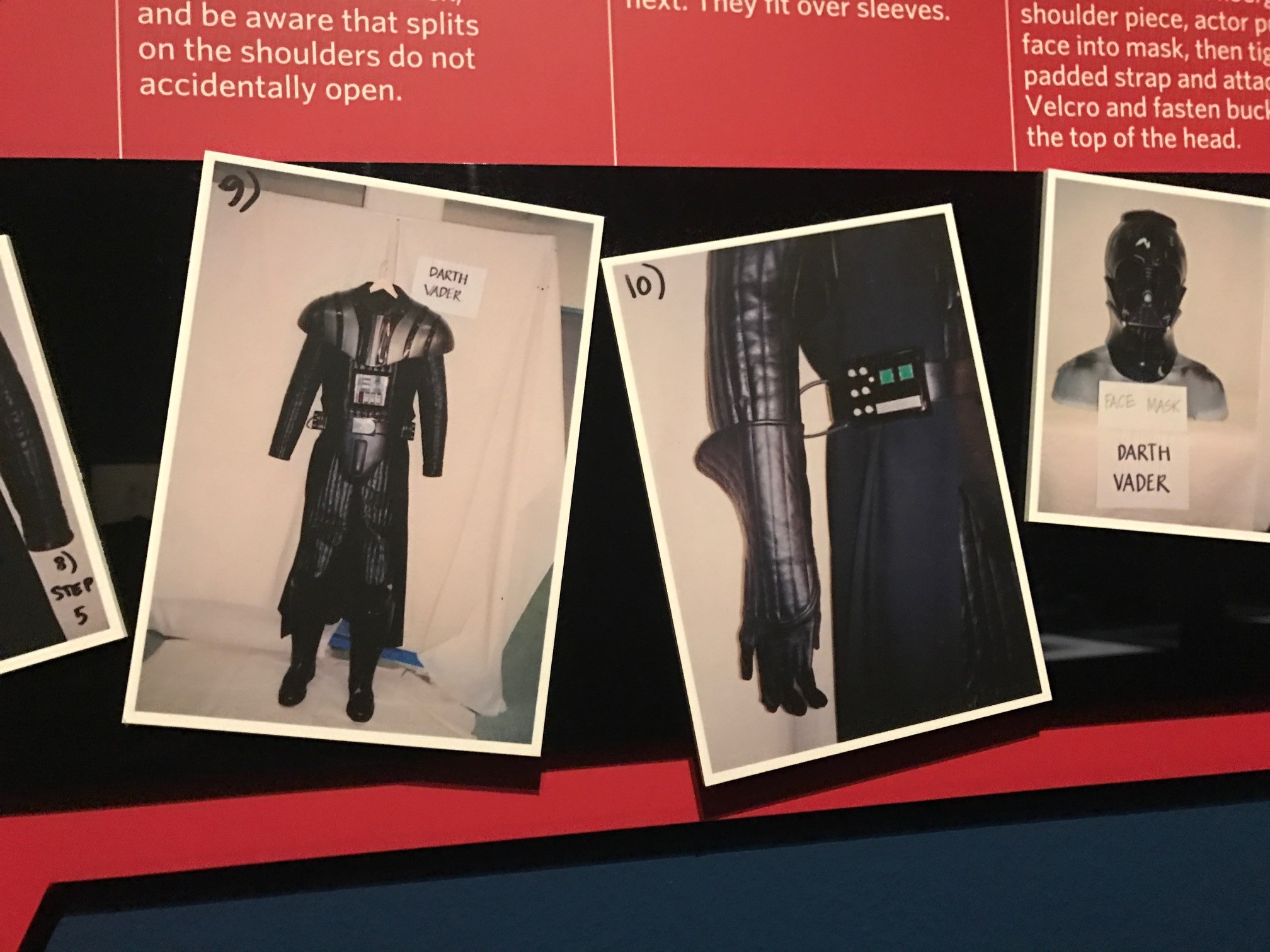 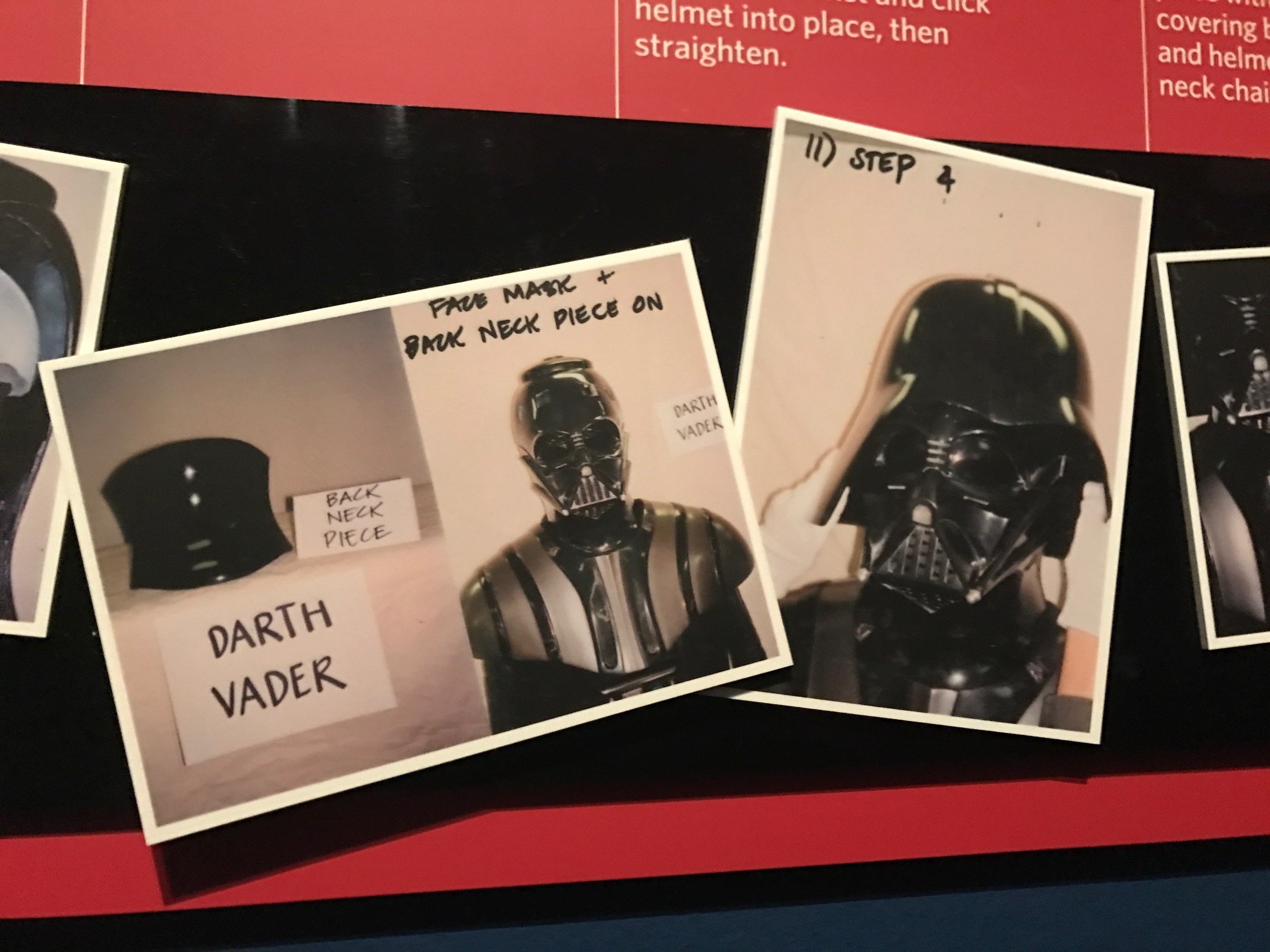 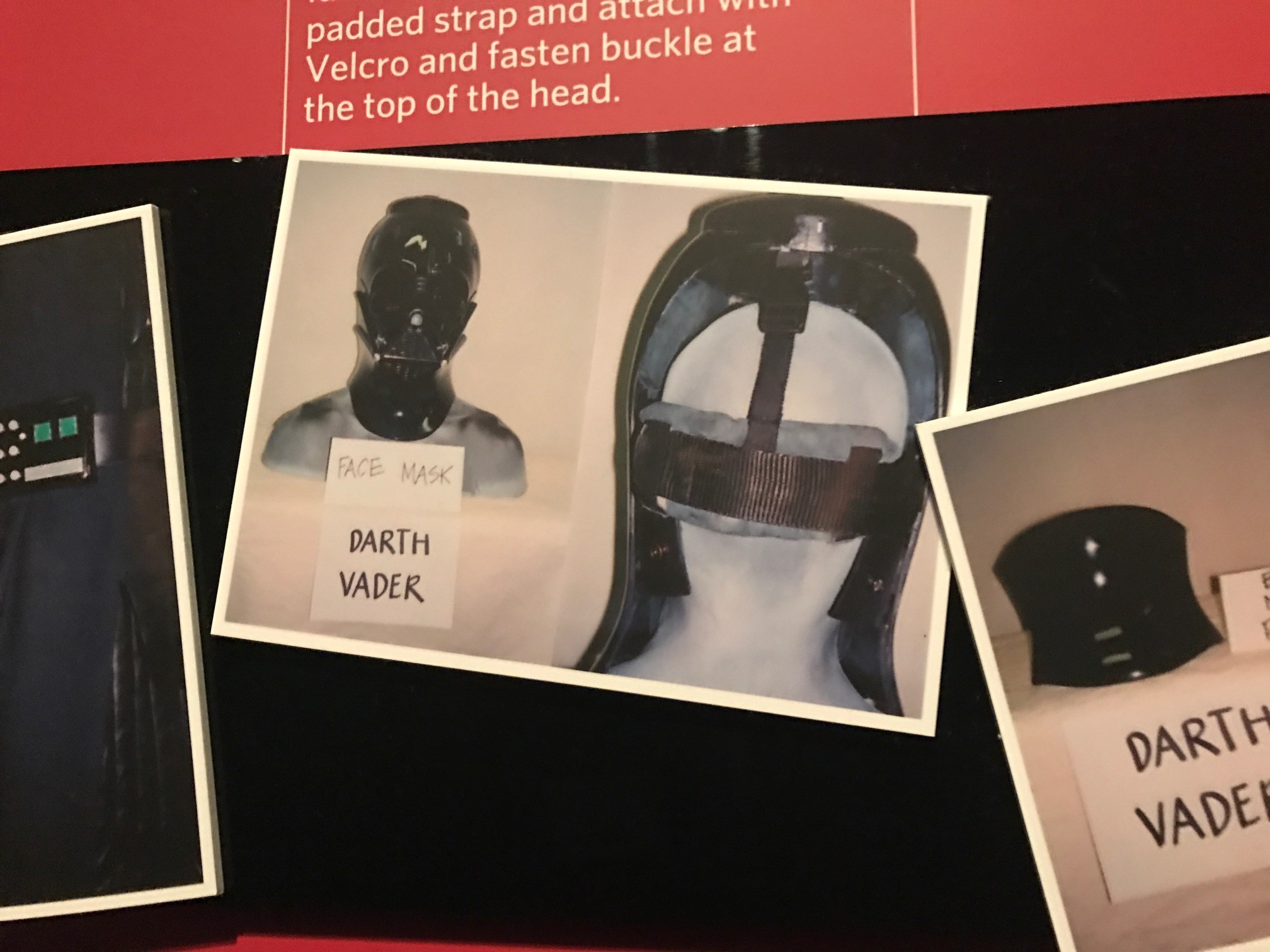 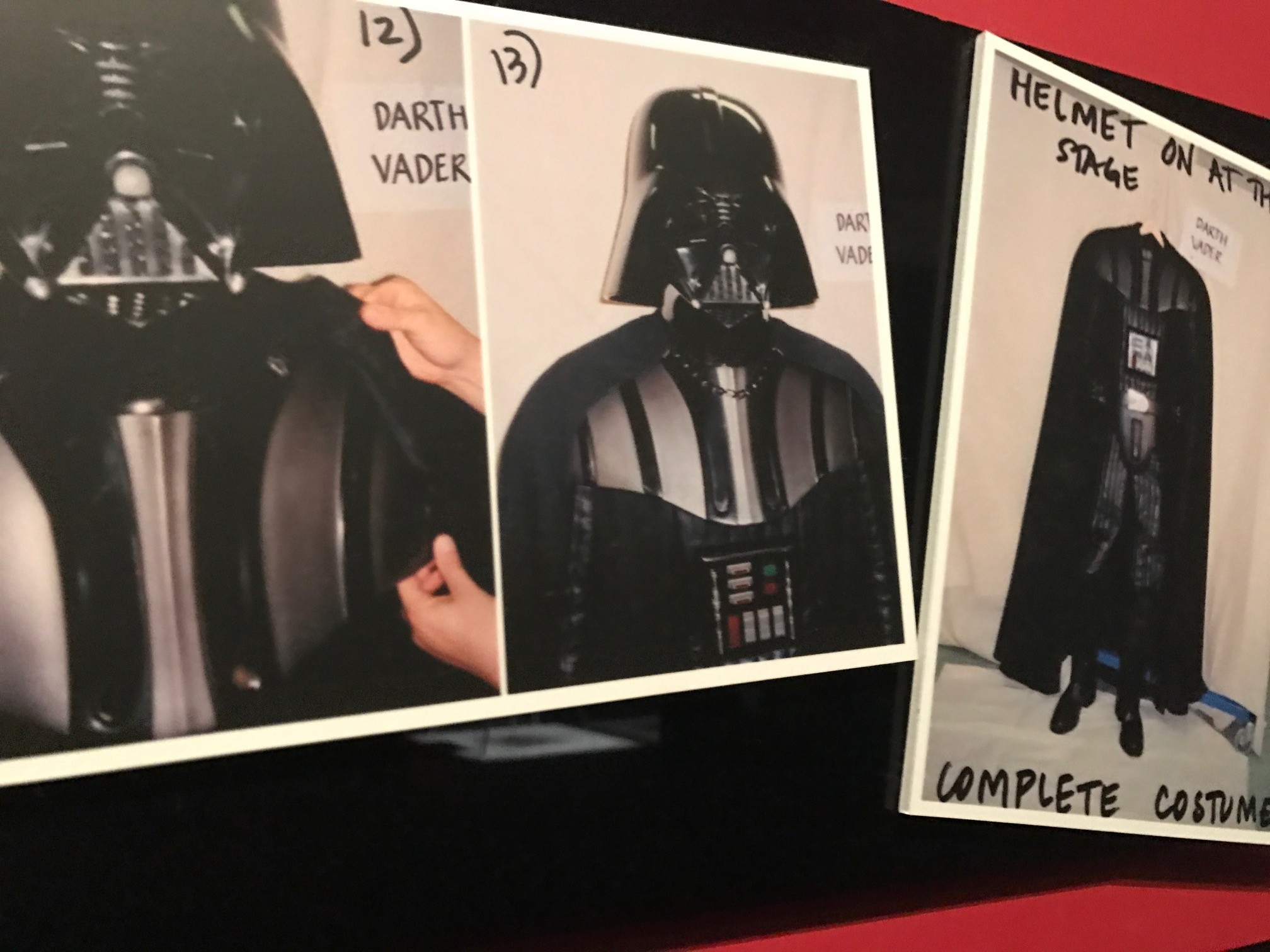 Here’s the full costume of Luke Skywalker in his traditional Jedi robes from Return of the Jedi. Like many of the Star Wars costumes, this one shows a lot of wear and tear: 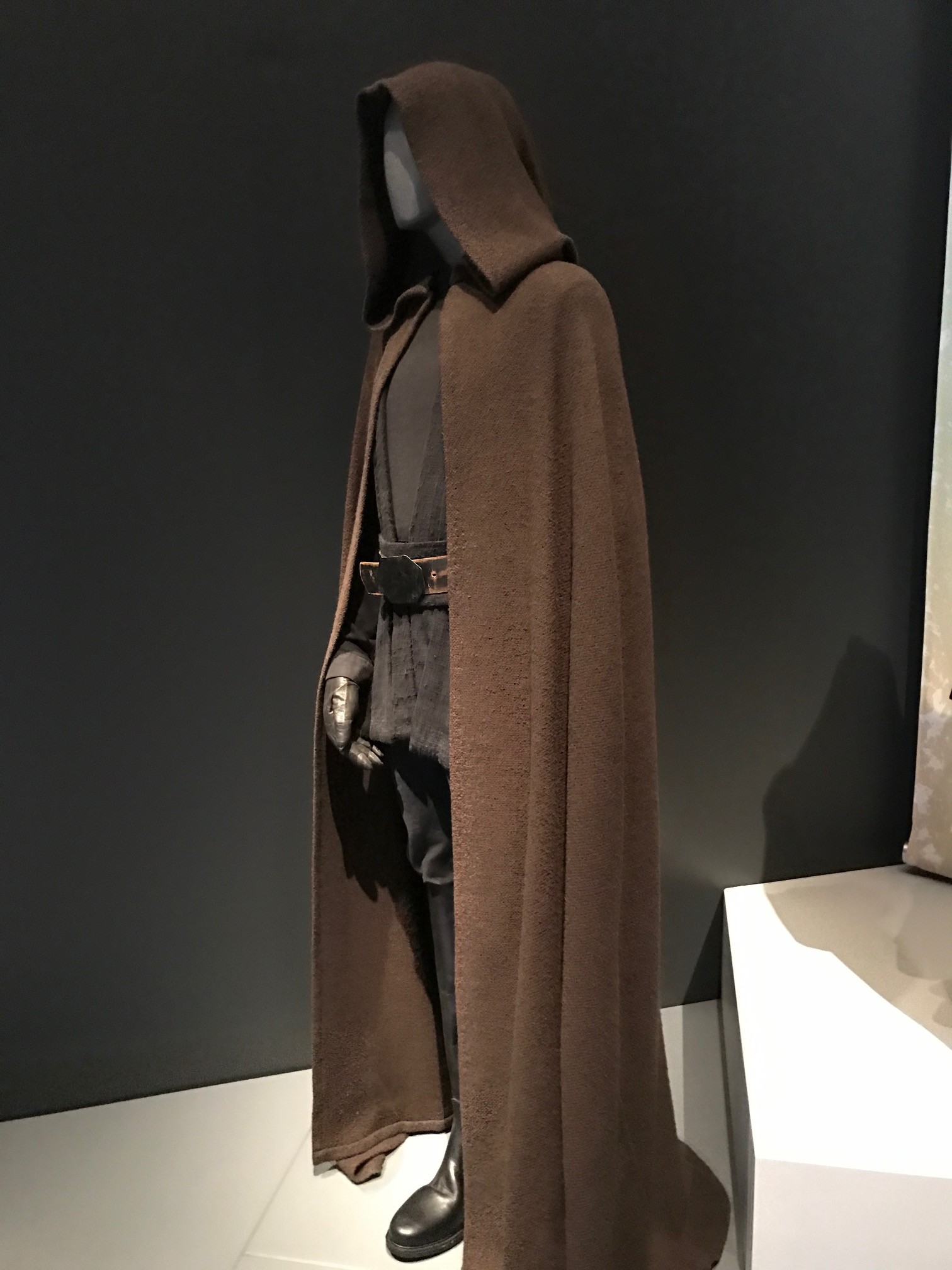