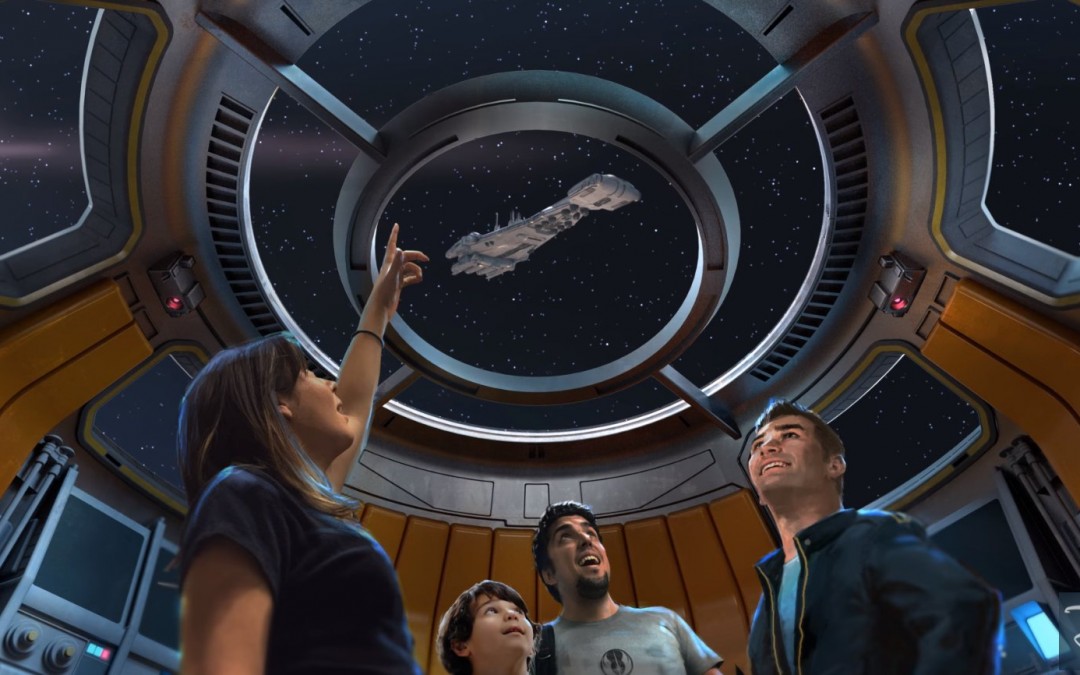 Starwarsnewsnet.com reports that Disneyparks.disney.go.com has revealed some videos of concept art images of the Immersive Star Wars hotel!

Last summer, we announced plans for an immersive Star Wars-inspired resort to be built at Walt Disney World Resort. Tonight we’re happy to share more details on what this thrilling new resort, which will be seamlessly connected to Star Wars: Galaxy’s Edge at Disney’s Hollywood Studios, will be like.

This first-of-its-kind resort will combine luxury with complete immersion into an authentic Star Warsstory.

Guests’ journey through space will start when everyone departs together for a multiday Stars Wars adventure by boarding a starship alive with characters and stories that unfold all around them during a voyage through the galaxy.

At the resort, guests immediately become active citizens of the galaxy and can dress up in the proper attire.

Every resort window will also have a view into space. The opportunity for immersion at this resort will also stand out among all Disney resorts around the globe, as it will be seamlessly connected to Star Wars: Galaxy’s Edge at Disney’s Hollywood Studios, allowing guests a total Star Wars experience.

Keep your eye on the Disney Parks Blog for future updates on this fascinating place!

Here below are the videos of the new “Action” concept pieces that give a bit of the look and feel of the resort: