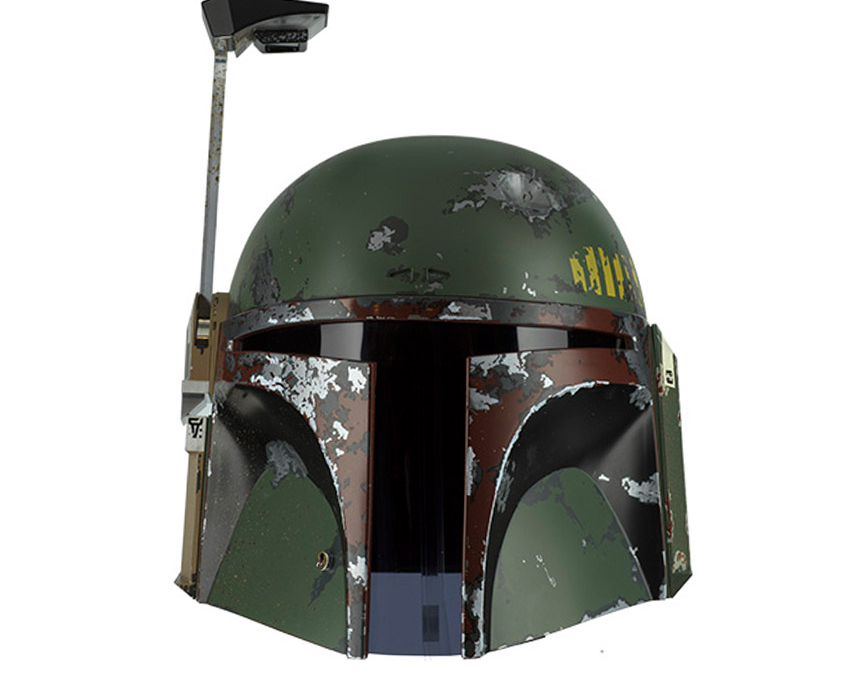 Sideshow.com and EFX have begun a pre-order for a brand new Star Wars themed precision crafted Boba Fett helmet! This helmet costs $379 (!) and is expected to ship between Dec 2019. and Jan. 2020.

Boba Fett is the most infamous bounty hunter in the Star Wars galaxy. His first public debut was on September 24, 1978 in the San Anselmo County Fair parade in California, the home of Lucasfilm at the time.

Shortly thereafter, we find out more about him in the Star Wars Holiday Special in an animated feature.

He actually saves Luke Skywalker, C-3PO and R2-D2 from a monster and seems to be a friend trying to help them.

But then he reveals that he is actually working for Darth Vader! In 1997, Boba Fett was added to the Special Edition of Star Wars: A New Hope.

We next see Boba Fett in Star Wars: The Empire Strikes Back as one of the 6 bounty hunters that Darth Vader hires to capture Luke, along with Princess Leia, Han Solo and Chewbacca.

He tracks the Millennium Falcon to Lando Calrissian’s Cloud City, where Darth Vader hands over Han, encased in carbonite, to the bounty hunter to take to Jabba the Hutt to collect his reward.

Boba Fett meets his fate in Star Wars: Return of the Jedi with the Sarlacc in the Great Pit of Carkoon on Tatooine.

The master patterns for the EFX helmet were made from a direct casting of the screen-used helmet.

Also, the paint reference and even the timing of the blinking LED’s in the rangefinder are based on an extensive study of the original helmet!

Here are some photos of this cool helmet: 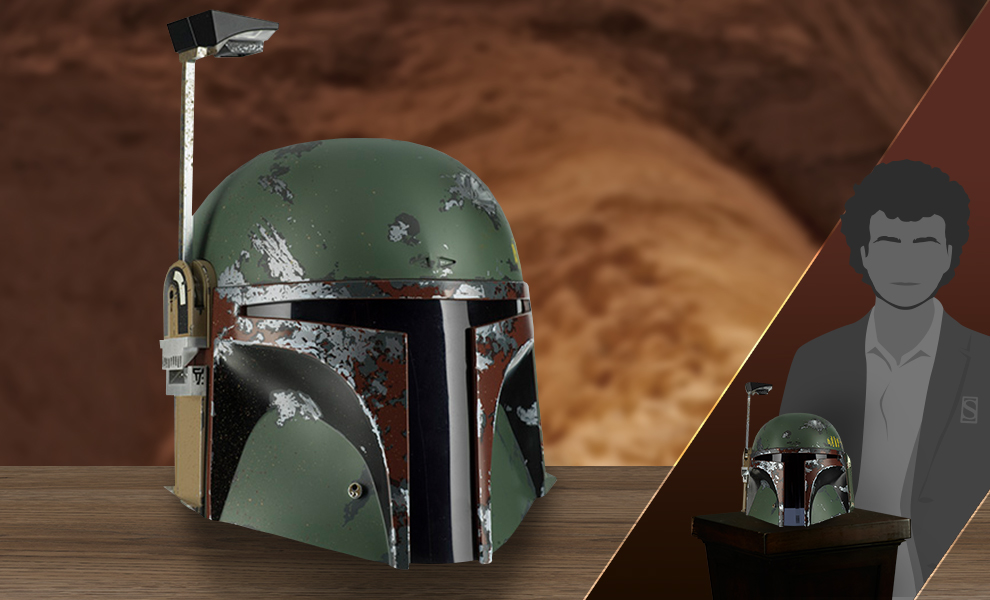 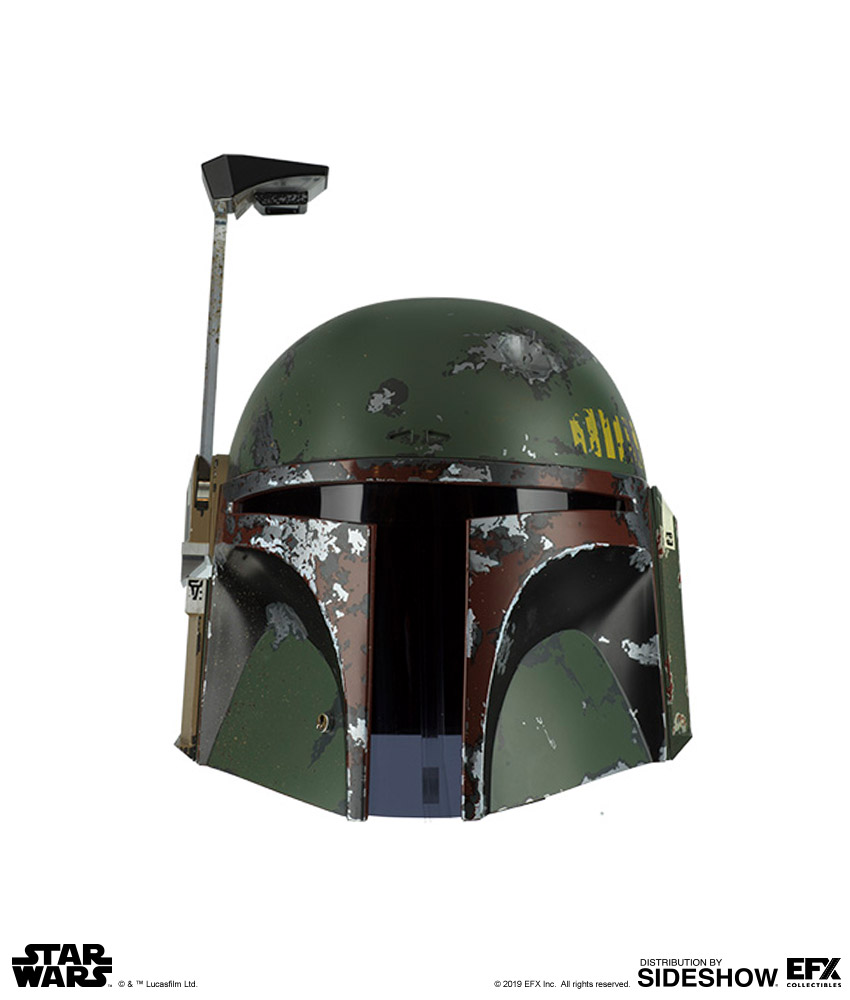 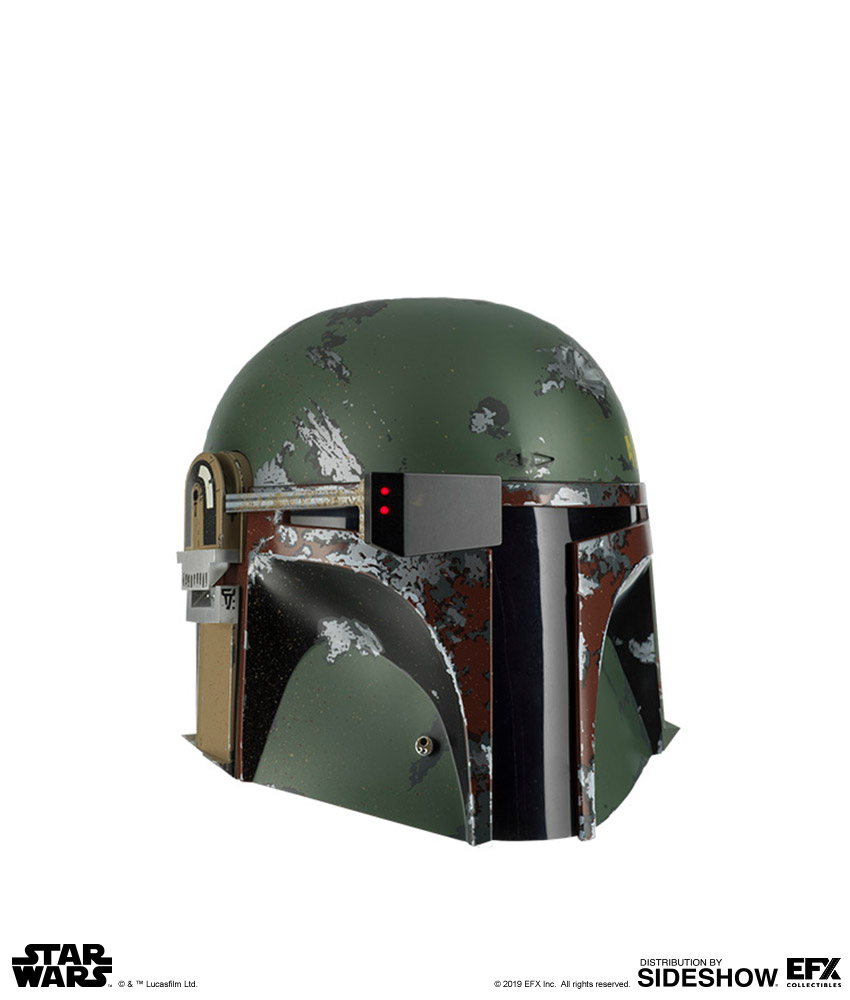