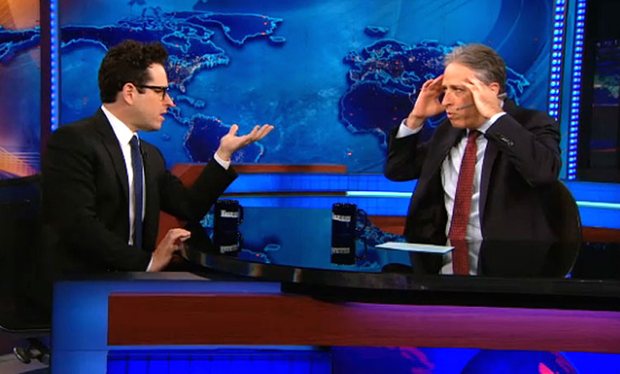 Shocking news today! Everyone has heard about Harrison Ford breaking his foot while filming the Force Awakens. But did you know the director J.J. Abrams broke his back at the same time, trying to free Ford’s foot from the door that crushed it? This was revealed last night on The Daily Show with Jon Stewart.

Watch this video below for the story: 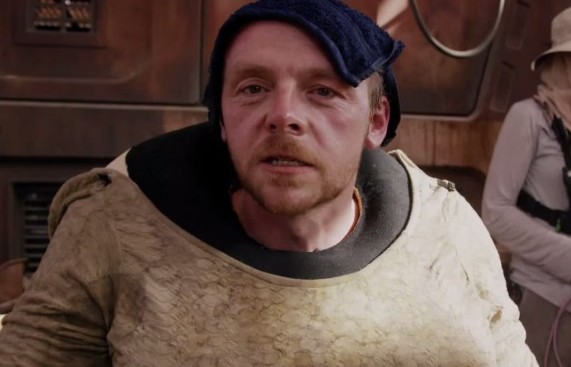 Interview with Simon Pegg about The Force Awakens

Interview with Simon Pegg about The Force Awakens

PopSugar.com has an interview of British actor Simon Pegg (who played Mr. Scott from Star Trek, Benji Dunn from Mission: Impossible, and other characters). Pegg discusses how he got the role of a new alien character plus his experience during the shooting of The Force Awakens. Pegg says:

“I mean, seeing it [Star Wars] for the first time [as a kid] and coming out and being so utterly changed by it, it was an incredible thing to be part of it,” Pegg told us. “I was down there days when I wasn’t working just to hang out and see everybody. Meeting the likes of Carrie Fisher, and Mark Hamill, and Harrison Ford — they were my heroes growing up. They still are. It was extraordinary, and I’m sure they find it hilariously funny. I was holding Carrie Fisher, like, ‘I love you!’ And I could see it, looking into her eyes, I could see the same eyes that I’d seen as a kid. It was literally a dream come true. They’re all awesome. They’re great people.”

Huffington Post also has an interview with Pegg, where he reveals the behind the scenes footage of The Force Awakens (shown at the San Diego Comic-Con) was actually screened for the cast at the end of shooting. See this video here.

See this other funny video of Simon dodging questions about Star Wars on Starwars7news.com. (Tip of the hat to StarWars7news.com for pointing out these interviews!). 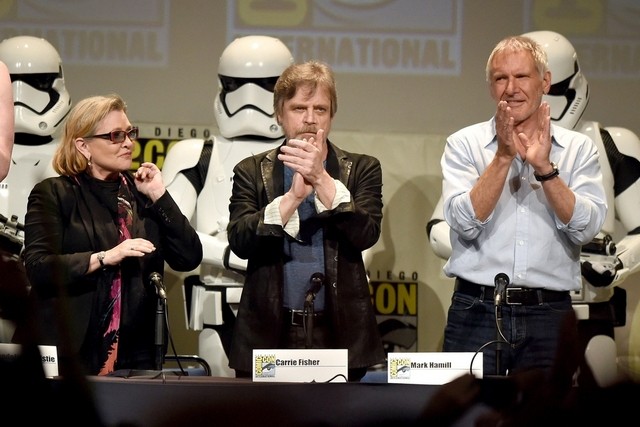 Great news! At the end of the event at Comic-Con Starwars7news.com has posted a round up of interviews with the Force Awakens cast.

One of these videos will include an interview with Harrison Ford about the movie.

Here are the videos of the interviews with cast: 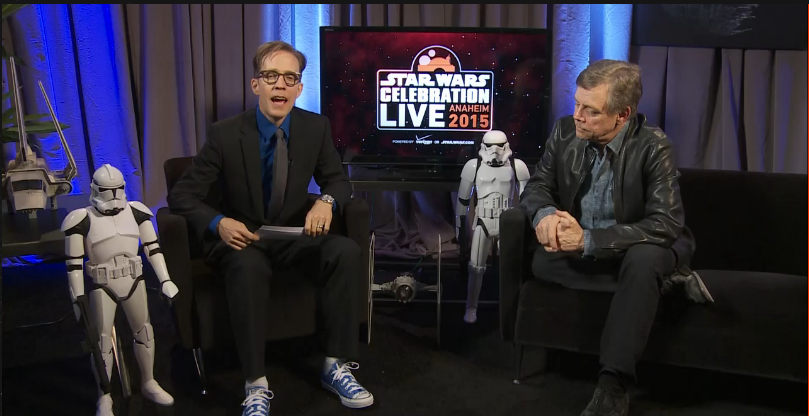 On Starwars.com, actor Mark Hamill (in case you’ve been living off the planet for 45 years, played Luke Skywalker) does an interview backstage at Star Wars Celebration Anaheim. In this video, Mark talks about his past, showing vintage photos of his family, his involvement with the new Star Wars movie, and much more! Star Wars Mark Hamill Interview